Germany is deemed as one of Europe’s strongest democracies and the economic powerhouse, most certainly strengthened by the rule of law and respect to years of law-making and law-abiding traditions. 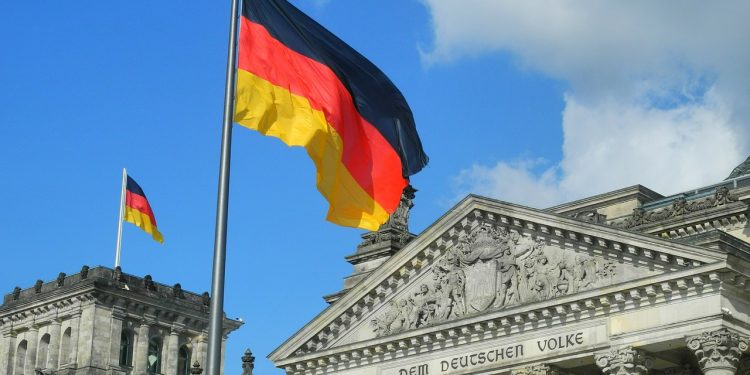 Following the end of World War II when the Nazi Germany ceased to exist, the new German government sought to get out of global isolation and revitalize its collapsed economy and destroyed infrastructure. The proper way of going about that was to establish strong foundations of law and order, and compliance with international law and norms. Only through dedication and commitment of successive German governments could the Germans build a strong state, formidable military and empowered and educated society, which eventually absorbed and rehabilitated the Eastern Germany upon the collapse of the Berlin Wall in 1989.

Germany has since become an important player in international politics, due in large part to its growing demand for energy and resources, which warrants delicate relationship management with Russia, Saudi Arabia, the Gulf States and allies in Europe and North America. Without a doubt, Germany also invested much time, money, and efforts in relations with the countries of the former Soviet Union.

One area Germany has been invested in is South Caucasus where German Empire had sought political alliances with Georgia and strong economic relations with Azerbaijan by having Siemens brothers build copper mines and Baku-Batumi railway. Upon the dissolution of Soviet Union, Germany was one of the first Western democracies to recognize the three newly independent states of Armenia, Azerbaijan, and Georgia. As a state that strictly opts to comply with UN Charter, Helsinki Final Act and other provisions of international law, Germany consistently made its position clear on the matters of territorial integrity and non-violability of international borders.

Narrow interest groups representing the agenda of illegitimate separatist authorities, especially ones in the former Soviet space, always longed for support of strongest democracies like the United States, Great Britain, France, and Germany.

Alas, with no prospects in sight, usually these lobbying groups target lawmakers of lower caliber within those governments, attempting to obtain representation from individual legislators in an effort to legitimize their illegal regimes.

Among such were the efforts of the Armenian groups to lure German politicians into Armenian nationalist and irredentist designs that would support the de-facto existence of separatist entity called “Nagorno Karabakh Republic” or “Republic of Artsakh” as Armenian separatists called it in the last few years.

With years of action, Armenian interest groups were eventually able to form an entity called the ‘German-Armenian Forum’ in 2015. The group was presided by a Bundestag member Albert Weiler from CDU, who envisioned to use his organization as a vehicle to foster better relations between Germany and Armenia, including implementation of exchange programs and visits of persons active in the political and economic realm, as well as teachers, academics and students. It all seems fine, right?

Except, the activities of the forum extended beyond the Germany-Armenia relationship in that the organization openly promoted recognition of the illegitimate regime installed by Armenia in the occupied territories of Azerbaijan by speaking up in political circles and events, organizing travel of German MPs to the occupied territories without obtaining permission from the government of Azerbaijan, and last but not least, attempting to lure German investors into occupied Nagorno Karabakh in contravention of international law and ethics.

Some of these efforts were accompanied by big bucks, or euros, if you will. For example, Guenter Pilarsky, the infamous Honorary Consul of the Republic of Armenia in Karlsruhe, Germany, had made heavy investments in mining operations in Armenia and along with Albert Weiler have systematically called for investing German interests in the occupied territories of Azerbaijan. Both have visited Nagorno Karabakh, and the latter has even made to Baku’s black list, a registry of foreign citizens who had traveled to occupied territories of Azerbaijan without prior approval by official Baku, i.e. literally violated the Constitution and the Criminal Code of Azerbaijan Republic.

Weiler made headlines again a few years ago when the Azerbaijani government refused to issue him a visa to enter Azerbaijan as part of Chancellor Angela Merkel’s delegation. However, despite the long years of efforts by the German-Armenian Forum, the “leisure” trips of some corrupt German MPs were ended upon the conclusion of the 44-day war between Armenia and Azerbaijan in the fall of 2020. The war that started by a counter-offensive of Azerbaijani armed forces on September 27, 2020 ended with Baku restoring control over southern part of former Nagorno Karabakh Autonomous Oblast (NKAO) and complete sovereignty over 7 adjacent district which Armenia occupied since 1992-1993.

Throughout the years of lobbying for Armenian national interests, German MPs enjoyed a high degree of impunity for violating political ethics and international norms. The biggest burden is on the German political system and laws, though.

It so happens that despite the German government being forthright about the support for territorial integrity of states and non-violability of international borders, the German political system had no oversight over lobbying within the system. German politicians were almost entirely free to act in the interests of not their constituents but of special interests that kept them on payrolls or provided lucrative business deals.

Unlike the strict laws like ones in place in the United States and the United Kingdom, Germany never had a solid lobbying register. For instance, the lobbying register in the U.S. forces private interests to disclose how and why they contact lawmakers – and how much money it costs. Known as the Foreign Agent Registration Act (FARA), the law obliges lobbying companies to declare who they work for and what they communicate to the targets of their lobbying efforts. This, in turn, puts lawmakers under pressure and visible to the press. One wrong step can land them in jail or out of the office.

Germany never had that prior to 2021, which is why Bundestag MPs like Albert Weiler and Till Mansmann evaded the oversight and enjoyed their cozy relationship with their “employers”. In the recent years, the only accountability that was availed to the public was through a non-profit called the LobbyControl which ostensibly controlled the activities of and kept the MPs in check against lobbying efforts of narrow interest groups.

The politicians’ activities went almost completely unnoticed after they brought their public service careers to an end and had a habit of getting plum jobs at major corporations, and with eyebrow-raising speed.

For instance, the former Chancellor Gerhard Schröder quickly got a job of the chairman of the board at the Nord Stream petrol pipeline, and it didn’t take long for former Defense Minister Franz Josef Jung to find a place on the board of the defense giant Rheinmetall.

However, all this changed early this year when the German government announced a forthcoming establishment of a lobby registry. In a nutshell, it will be a publicly accessible database in which the professional representatives of interest groups will be forced to register before they even get a chance to contact political actors.

The register will be situated within the Bundestag and will require lobbyists to enter their names and provide details about their employers or commissioning agents. The lobbyists can also provide information about the number of people involved and expenses. False entries or failing to register at all will be punishable by a fine. An early draft of the registry proposed only requiring information from lobbyists who would be interacting with members of the Bundestag. However, the current version agreed upon by the coalition parties calls for lobbying that takes place within the government ministries to also be registered.

All this being said, it is not a welcome news in Albert Weiler’s office who will have to think twice before making calls to other corrupt MPs with lucrative proposals to commit illegal actions in the interests of Armenian narrow interests.

This is how those corrupt German politicians will be put back on track and return to serving their German taxpayers and constituents. Until then, when the bill is signed into law, we must watch out for the next stupidity coming from Mr. Weiler to keep him in check.