Grand Mufti of Caucasus paid a visit to Ecumenical Patriarchate 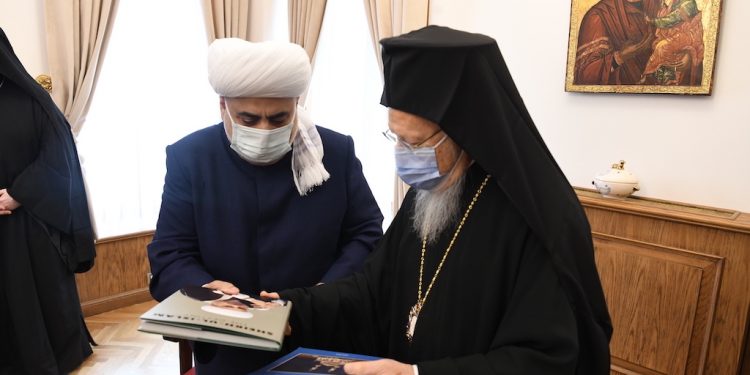 The Grand Mufti of the Caucasus, who was accompanied by his associates, was welcomed by Gran Protosyncellus Theodoros, accompanied by the clergymen of the Patriarchal Court.

The Grand Mufti held a meeting with Ecumenical Patriarch Bartholomew, during which they discussed issues related to the ongoing academic dialogue between Orthodoxy and Islam, as well as others of wider interest.

It should be noted that the Ecumenical Patriarch and the Grand Mufti have known each other and cooperated for years in the context of interfaith and intercultural dialogue and have met at conferences in Baku, Constantinople and elsewhere.