Following Armenia's surrender in the Second Karabakh War and the signing of the Trilateral Statement, Yerevan undertook the commitment to withdraw the Armenian armed forces from the territories under the Russian peacekeepers' control. 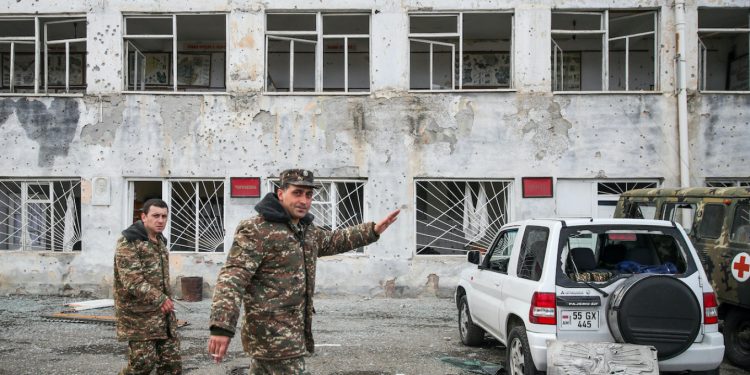 At the same time, the Russian peacekeepers were to ensure the disarmament of illegal armed Armenian gangs. In mid-July, Secretary of the Security Council Armen Grigoryan publicly stated that the Armenian army would completely leave the territory of Karabakh, thereby putting a definitive end to the thirty-year occupation of the Azerbaijani territories. At the same time, Grigoryan said that Karabakh separatist forces would remain in Karabakh.

Meanwhile, the Armenian side was to ensure the resettlement of the Middle Eastern Armenians illegally relocated to the city of Lachin and the village of Zabukh and hand over to Azerbaijan the Lachin corridor, which had been connecting Armenia and Karabakh for many years. As we know, Baku built an alternative road in return.

However, early August saw the largest escalation of the conflict in the region since the end of the 44-day war. Armenian illegal armed groups subjected Azerbaijani army positions to heavy fire in the Lachin area, killing Azerbaijani soldier Anar Kazimov. Azerbaijan responded with a counter-terrorism operation Vengeance, which resulted in serious losses for the Armenian militants in Karabakh. The Azerbaijani army seized control of the Girkhgiz height and established control over Saribaba and a number of other commanding heights. As part of the operation, several combat positions of the Armenian illegal armed groups were demolished, with enemy fighters killed and wounded, several D-30 howitzers, military vehicles and a large quantity of ammunition destroyed.

The harsh response from the Azerbaijani Army cooled down the hot Armenian heads. The process of liberating the Lachin corridor continued, and the Armenians in Karabakh finally realized that they would have to accept the prospect of living as part of Azerbaijan.

Last night Armenian sources reported that the Armenians began to comply with another one of Azerbaijan’s demands. They are withdrawing artillery systems from Karabakh. No heavy weaponry is to remain in Karabakh by the end of September. The so-called “Karabakh Defense Army” is being transformed into a “national guard” akin to people’s militia. But this, too, is only a temporary stopgap solution.

Azerbaijan has made it clear that there will be no status for the Armenians in Karabakh, so there can be no “guard” of any kind either. And the day is not far away when the Armenian “guardsmen” in Karabakh will take Azerbaijani citizenship and change their uniforms for the uniforms of the Azerbaijani police.