"The scariest part is when they run an electric current through your body, you lose consciousness, and they douse you with cold water and torture you again...." 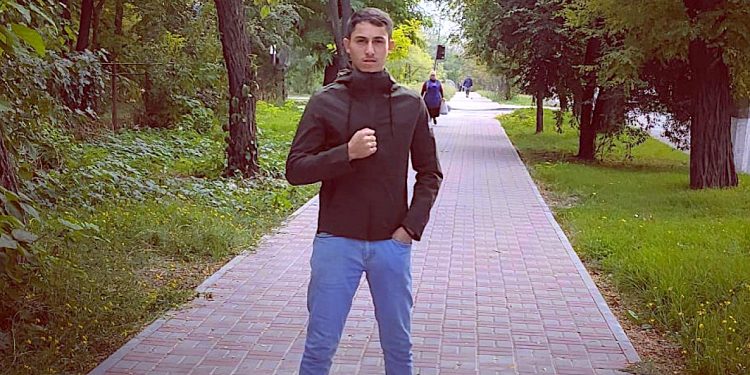 These are the dreadful words that opened our interview with Huseyn Abdullayev.

The 20-year-old Azerbaijani is a third-year student at Mariupol State University. On March 17, he was taken prisoner by the Russian military during evacuation. On April 12, after long negotiations and thanks to the efforts of his Azerbaijani friends in Ukraine, the young man was freed. 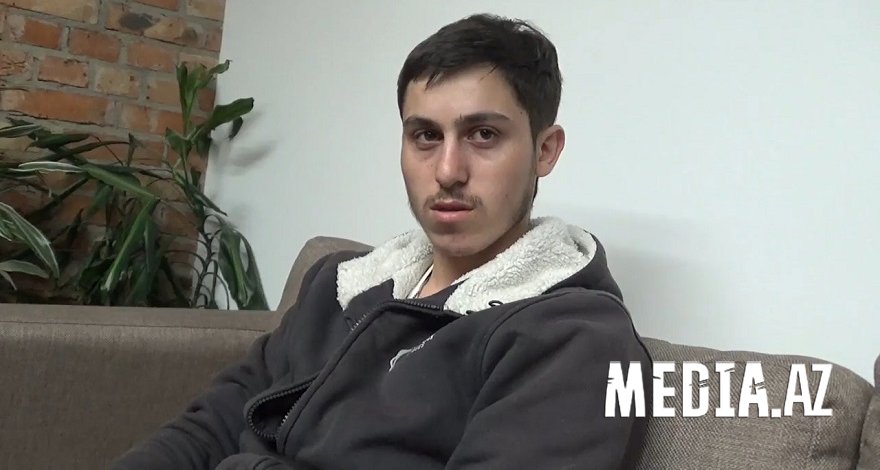 In his interview, he talks about the horrors he had to endure.

How long have you lived in Ukraine?

I am a third-year student at Mariupol State University. I first came to Ukraine in 2019, that is when I got into the university. The first two years I studied by correspondence.

Because of the pandemic. When the situation stabilized a bit, I decided to continue my studies in person. On August 21, 2021 I returned to Mariupol.

You’re right… Despite all the difficulties, we tried to stick together and help each other. I supported volunteers at the help center in Mariupol: I delivered food, set up bomb shelters… On March 17, when the situation got really bad, it became clear that we had to evacuate. People were leaving in their cars, and since I didn’t have one, one of the locals took me along. After passing several checkpoints, not far from Berdyansk, we were detained by Russian military servicemen.

They started checking our documents. Then another military vehicle arrived, they dragged us all out and ordered us to strip down to our underwear.

They were checking the tattoos. The driver of our car had a crayfish tattooed on his arm. It wasn’t even a military or patriotic tattoo, but they didn’t like it. They started hitting us with the butts of their rifles, not allowing us to get dressed. We stood completely naked in the freezing weather, not knowing what was going to happen to us. After a while they ordered us to get dressed, then a truck pulled up with soldiers, all in uniform and black masks. They twisted our arms, handcuffed us, and shoved us into the car.

Where were they taking you?

We didn’t know at the time, in an unknown direction… Only when we arrived we realized that we were in a detention center.

Did you tell them you were an Azerbaijani citizen?

Right away. More than that, I had all the documents on me to prove it. But I was taken prisoner anyway.

In what language did you communicate with them?

I spoke in broken Russian, the best I could…

How did your parents find out you were in captivity?

I had my cell phone with me. At first my Azerbaijani friends living in Ukraine called me. But the Kadyrovites, who were holding us captive, answered the call themselves. They said that I had been taken prisoner. After that the information quickly spread in the media, and my parents found out too.

Were you allowed to talk on the phone?

Only twice was I able to talk to my parents.

How many days did you spend in captivity?

What happened after you were brought to the detention center?

A Chechen commander came up to me.

How did you know who he was?

By his looks, and he also had the flag of Chechnya on his uniform. He examined my hands and said that I was a military man. I did not understand at first why he came to that conclusion and started explaining that I had dirt under my nails because there was no water in Mariupol and no conditions to maintain hygiene. He did not even listen to me and sent me to a cell…

He followed me in, made me undress to my underwear again, again looking for tattoos… I stood naked for 15-20 minutes. It was very cold… Then he let me get dressed and left. An hour later they came back and took me to the torture chamber.

It’s a small room with an iron chair and an electric torture machine. They sat me down and tied my hands. They started asking questions, first they used psychological pressure, trying to make me confess that I was a soldier in the Azov regiment. I insisted that I was a student. When I realized that I could not prove anything to them and I could not understand them well because of my limited knowledge of Russian, I asked for an interpreter. They called an Azerbaijani, to whom I told everything, but they still did not believe me.

Were there Azerbaijanis among them?

Why did they torture you? You’re just a student…

They started threatening me that if I didn’t want to talk voluntarily, they would do it the hard way. They connected the machine to my big toes and started giving me painful electric shocks. They wanted me to admit that I was military. But I had nothing to say, I wasn’t lying to them, I am just a student…

How often were you tortured?

Every day. It was my birthday on March 21 and I was tortured all day long. The torture stopped only 5-6 days before the agreement was reached and I was released. They did not give me any more electric shocks, but they continued beating me… They usually beat 10-15 people at a time. But that was not the worst, I was more afraid of electric shocks.

The electric shock torture usually went on for 20-30 minutes, and the beatings continued for an hour. We were tortured three times a day. If I fainted, they poured cold water on me and continued torturing me.

How many of you were in the cell?

Sergei Nazarov, a major in the Mariupol Ministry of Emergency Situations, Edik Krostov, a plant worker, and Aleksey Lustov, a volunteer, were in captivity with me.

How were they treated?

They were abused even worse. Especially the volunteer. Because he had a tattoo on his leg, they beat him up so badly that his leg became swollen. He had a heart condition, he started having an attack, I tried to help him, and I got beaten up even worse. They didn’t usually hit us in the face, but for some reason it didn’t apply to Edik Rostov. When we saw him, he was black and blue. And they kept running electric current through Sergey Nazarov’s body and filming it.

Were the Kadyrovites the only ones who tortured you?

Not just them, there were Russians from Dagestan there. As I said, there were also Azerbaijanis from Derbent among them. You know, there were times when I gave up hope that I would make it out alive. Once they pointed a submachine gun at me and started threatening me. First they aimed it at my head and then at my knee, saying that I would be disabled for life. They shouted that they were going to shoot me if I didn’t confess…

Do you know anything about the fate of your cellmates?

Edik Rostov was released before me, he was sent to the Crimea. That is what we were told. I don’t know for sure if it is true or not. It is possible that he was killed. I don’t believe they will be left alive… You know, I heard them torture people from other cells, the poor people screaming in pain, and then they just shot them. Then there was silence…

When did you find out you were being released?

On the morning of April 12, a guard came and took me to the chief, who told me I was being released on the occasion of the holy month of Ramadan.

But your friends were waiting for you in Zaporizhzhia. How did you get there?

The military took me to the checkpoint, the one where they had detained me on March 17. Then they stopped a car with a Ukrainian family in it. They put me in that car because the family was going to Zaporizhzhia. Before they let me out, the chief gave me his number and wrote the letter “V” next to it. He told me to show this paper to the military if I was stopped. It was surprising to hear it, because he was the one who gave orders to torture me every day, and he personally took part in it.

At one of the checkpoints, Russian soldiers detained me again, put me in a car, but I gave them that Chechen’s number, and after talking to him, they let me go again. Then they stopped a truck, which by some lucky coincidence was driven by Georgian Azerbaijanis. They gave me a ride to Tokmak. Since it was curfew time, the locals sheltered us for the day. I am thankful to them, they gave us something to eat and drink. In the morning, I left for Zaporizhzhia, where my friends met me. Then I ended up in the hospital. Before you ask, I’m feeling better now.

Are you planning to come back to Azerbaijan?

I am planning to come home soon.

Will you continue your studies in Azerbaijan?

I want Ukraine to win the war. If it happens, I will go back and continue to study in Mariupol.