Baku supports the decision to build the China-Kyrgyzstan-Uzbekistan railroad with access to the Caspian Sea, President Ilham Aliyev said at the meeting of the First Interstate Council of Azerbaijan and Kyrgyzstan. 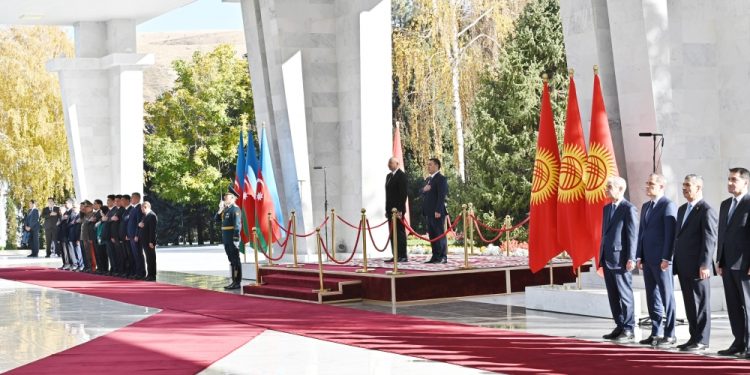 “There is an extensive transport infrastructure in Azerbaijan, including railroad, road and air transport, all the way to European consumers. Today, despite the lack of access to the open seas, Azerbaijan has already built an important transport network,” Aliyev said.

The head of state noted that the China-Kyrgyzstan-Uzbekistan railroad would become part of the “Middle Corridor”.

“But the main thing is that all these projects being implemented in our region and in the Western Caspian region should be synchronized. We are planning to increase the capacity of the Alyat Trade Port from 15 to 25 million tons. These plans were already in place, but we regarded them as a distant prospect. But today the port even experiences congestion on certain days, because the volume of cargo is increasing rapidly. We already know the figure: 60 percent growth over 9 months. It is an important indicator in cargo transportation,” he noted.