President of Azerbaijan calls to focus on concrete results 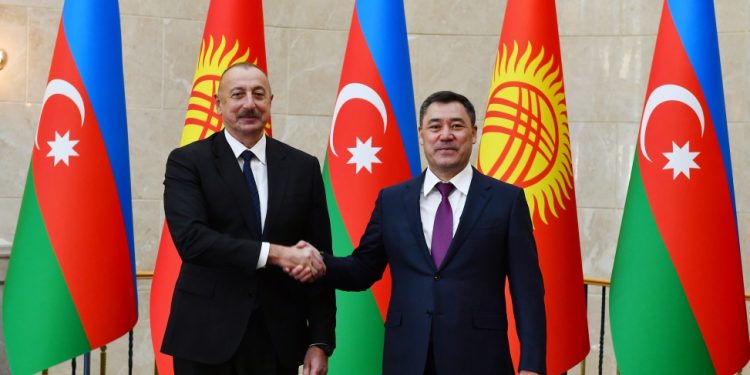 The start of the construction and operation of the new China-Kyrgyzstan-Uzbekistan-Caspian railroad will create opportunities in the field of transport and transit to increase cargo turnover and reduce the cost of cargo transportation, President Ilham Aliyev said in his press statement following the signing ceremony of the Azerbaijani-Kyrgyz documents in Bishkek.

Congratulating the fraternal Kyrgyz people as well as other partner countries on the start of such an important project, the Azerbaijani head of state said that by establishing transport links, jointly implementing investment policies in priority areas for the Kyrgyz government, and building such a solid international legal framework, namely “the documents signed today in Bishkek and six months ago in Baku, we are in a short period of time making up to a certain extent for what we overlooked for certain reasons in previous years. One of the main lines of future cooperation is the focus on concrete results.”