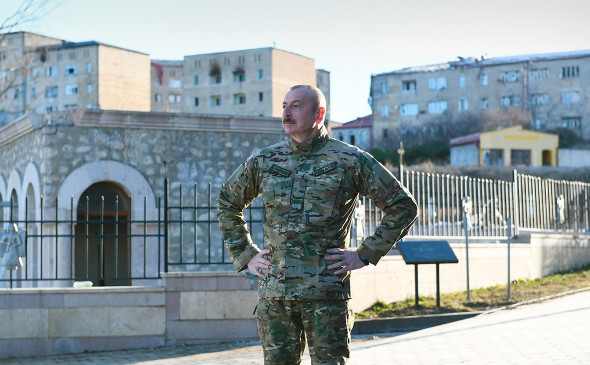 The head of the Azerbaijani state regretted to say that during the war the Armenians fleeing from Shusha had destroyed the water pipes and committed another atrocity by draining all 17 springs: “This is a display of barbarism, and it shows once again that Shusha has always been a foreign city to the Armenians. They have always envied Shusha and cherished their vile dreams of occupying the city someday. Unfortunately, Shusha was occupied as a result of national treason in May 1992. And now we have returned to Shusha, we have returned as the true masters of the city and we will live there forever. The restoration of Shusha, along with all other liberated lands, is certainly a priority. Now there are active restoration efforts underway in Shusha, and some historical monuments have been reconstructed.”

At the meeting, Ilham Aliyev gave new instructions for the restoration of historical sites. The President mentioned the fundamental reconstruction work carried out by the Heydar Aliyev Foundation in three mosques, as well as the construction of a new mosque. According to the Azerbaijani leader, the construction work in the mosque will start in the next few months.

Ilham Aliyev also spoke about the restoration of residential areas in Shusha: “The foundations of a residential area have been laid in the city and the construction of new houses has started. The location for a new five-star hotel has been chosen on the site of the so-called puppet parliament building. The devil’s nest was located there. During the war, that too was gone. Now a project for a five-star hotel has been submitted to me. It will be a beautiful building, its design consistent with the architecture of Shusha. The city hall has been completely renovated and a new conference hall was built next to it. There is no venue for big events in Shusha right now. Therefore, the conference hall will adjoin the city hall, where important events will take place in the near future.” 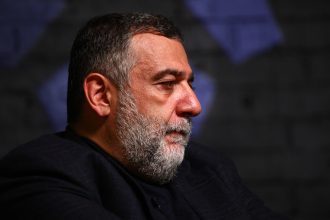