Ilham Aliyev compared the Karabakh conflict to the Russian-Ukrainian war

"Right now, the processes in the world have taken a negative direction. Clashes, wars erupt and there are different opinions on how to ensure stability in the future. Food shortages may start in the world, food prices are rising", President of Azerbaijan Ilham Aliyev said at a cabinet meeting in Baku. 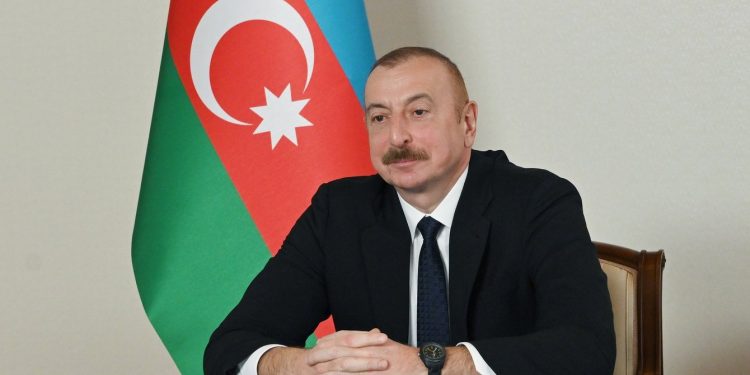 “Usually after such bloody wars, such destruction—the destruction in Karabakh and Zangezur is unparalleled in the world, there was never such destruction in World War II—donor conferences , international organizations are convened and reconstruction plans are implemented. It is appropriate to look again at the history of World War II. At that time, the Marshall Plan was introduced. If America had not enforced this recovery plan, it would probably have taken Europe 50 years to restore its capacity on its own.

International funds and foundations provide financial assistance in conflict regions. But no one gave us any aid, either during the occupation or afterwards. Most countries did not even want to call the occupation what it was. I remember how during the occupation, in our efforts in international organizations, as well as in bilateral negotiations, we had great difficulty in including the principle of territorial integrity of our country in those declarations. Many refused. Although it was as clear as today who was the occupant and who was the occupied country. Double standards, injustice, that is all there is to it.

“We witness this even today in the Russian-Ukrainian war. When we were liberating our lands from occupation and using the famous Bayraktar drones, foreign experts and media described these weapons as deadly. And now, in the Russian-Ukrainian war, these weapons are called almost angelic. This is the difference, this is a double standard, this is an injustice against us. But this is reality. And we have created and are creating a new reality with our own efforts. So once again I would like to say that I still hope that international organizations, major foundations, international non-governmental organizations involved in charity work will take notice of this. We have not received a single manat from anyone. But we cannot accept this injustice either.

“I believe that our institutions, our government, our Presidential Administration, our ministries must take serious action in this area. If they don’t want to help us, let them say it as it is: we are not going to help you. We have to know the state of affairs. Almost a year and a half has passed since the war. Not a single foundation has helped us. For example, in mine clearance: more than 200 people died and were seriously injured by landmines after the war. There are so many organizations, NGOs in the world that deal with this issue. What have they been doing? They should come and help. We do not have enough capacity, physically. We have purchased everything we need. We have bought machines, mechanisms, equipment, even drones that detect places contaminated by landmines. But we do not have enough specialists, we do not have enough manpower. They should at least help us with this.”