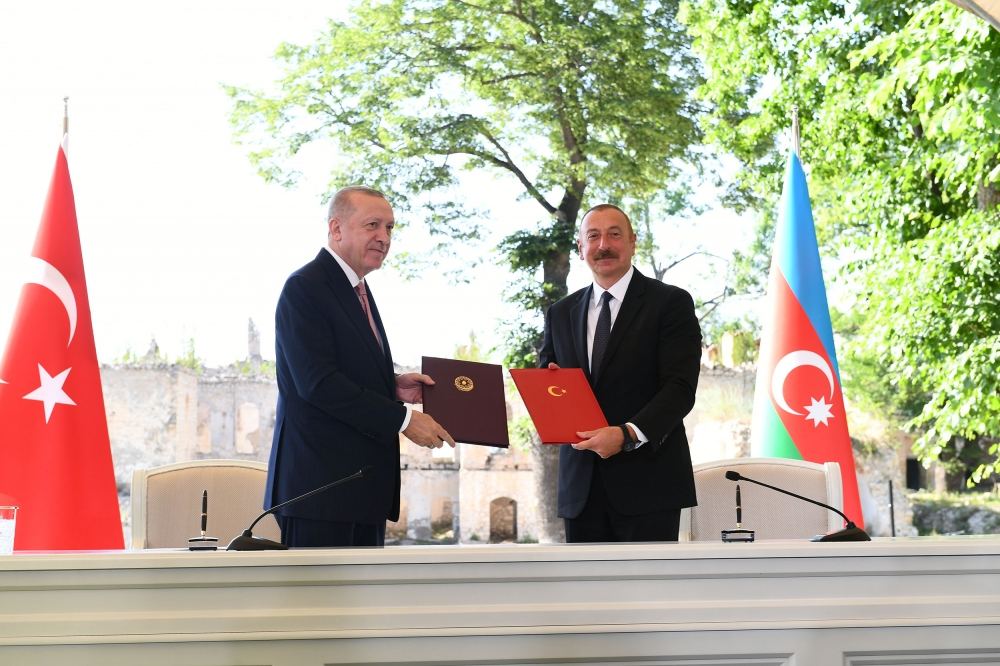 In his written address to the participants of the international conference “Azerbaijan-Turkey strategic allied relations as a source of peace and stability for the Caucasus and the region”, President Ilham Aliyev said that the Shusha Declaration on Azerbaijan-Turkey relations is an important document marking the highest level of comprehensive interstate relations between the two countries.

President of Azerbaijan pointed out that the Shusha Declaration had been signed by the leaders of Azerbaijan and Turkey 100 years after the conclusion of the Treaty of Kars.

“The Declaration is based not only on our shared historical past, but also reflects the realities of today, defining the strategic areas of further cooperation between Azerbaijan and Turkey. The fulfillment of the obligations reflected in the Shusha Declaration facilitates further deepening of the all-round cooperation between our countries, and contributes to the processes of regional integration and security. This document serves to bolster the strength of Azerbaijan and Turkey and consolidate the positions of our countries in the international arena,” the message reads.

President Ilham Aliyev expressed pride that today Azerbaijan and Turkey are the closest countries in the world in moral and political respects. “There are many ties that bind us: history, culture, ethnic roots, language, religion, national values and interests, brotherhood of peoples. All this is the foundation of our unshakeable unity. Azerbaijan and Turkey are allies with a common political will, taking steps together to achieve future goals,” he wrote.