Imperialism awakens in the North

As we know, Russia is currently negotiating with the West in various formats and at various levels on three demands, with which Moscow in a thuggish manner confronted Europe and the United States. 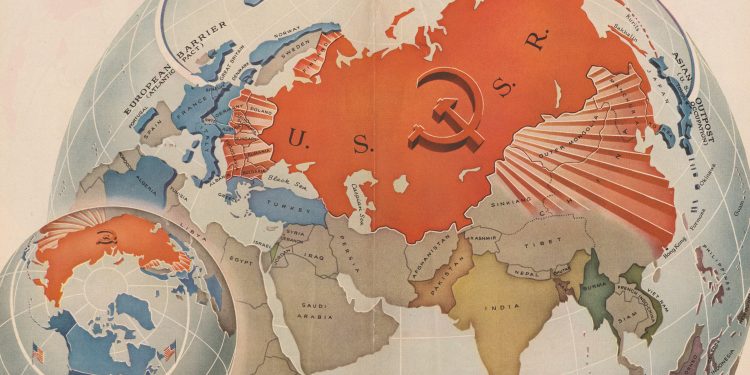 It might have been fine, but Moscow’s demands do not address Ukraine and Georgia directly, while indirectly concerning the other states that gained independence after the collapse of the Soviet Union. If Russia manages to push its agenda through and force the West to step back, it may become a distress signal not only for Kyiv and Tbilisi…

For some reason, everyone emphasizes that Russia’s main demand is official guarantees that Ukraine and Georgia will not join NATO. That is, even though no one in the West is dying to see countries with unresolved territorial conflicts as members of the North Atlantic Alliance.

The first demand concerns NATO’s military exercises in the USSR

Nevertheless, according to the rules of the game, the US and Europe can deny NATO membership to a country for a long time, but admitting openly: “We cannot take you because Russia doesn’t want us to” is too much even for the West, which seems to have lost its last resistance genes in the 21st century.

Then again, very few seem to take notice of the fact that Russia’s list of demands includes something far more outrageous. Namely, according to Russia, the West must stop military exercises in the former Soviet Union, stop military cooperation with the former Soviet republics, and stop providing these countries with technical, consulting and other assistance in building their own armed forces.

In Aesopian language, Wolf demands that the hen house not be fenced with barbed wire, and forbids selling traps to the chickens…

In short, the Kremlin’s demand is a vivid illustration of Russia’s system of values, as well as the place of the former Soviet republics on the world map drawn on Staraya Square.

As for the two countries mentioned in the Russian ultimatum that already fell victim to Moscow’s territorial expansion, it is important to point out that neither Georgia nor Ukraine currently can provide themselves with modern weaponry. And while Ukraine has a more or less developed military industry, Georgia’s entire military industrial complex is limited to assembling two types of armored vehicles and producing helmets and body armor.

In other words, if the unbelievable happens and the West agrees to all three points of Russian demands, both countries will be left virtually without an army.

It gets better. The US and Europe aside, Moscow also bans military cooperation with Turkey. What exactly does Moscow think will happen? Will Erdoğan be ordered to close the military airfield in Georgia and stop selling weapons to Kyiv and Tbilisi?

How would that even be possible? Demanding that a particular country not enter into an alliance with another state may be outrageous but overall understandable; it is common in the practice of international relations. But insistently forbidding two sovereign states to have an army, while addressing anyone—Washington, Brussels, London, Berlin—but not Kyiv and Tbilisi directly? This is probably a first in the twenty-first century.

Pechenegs are not entitled to an army

This thuggish and boorish treatment of the interests of two sovereign UN member states mirrors Russia’s great-power, aggressive and openly chauvinistic policies. Putin’s demonstrative unwillingness to talk to political leaders of the countries that the Kremlin used to call “brotherly” not too long ago is a clear indication of Moscow’s position not only towards Ukraine and Georgia, but also towards all the states that gained independence after the collapse of the USSR:

“You people are nobodies from nowhere! We are not interested in your opinion concerning your future, we are not hearing it at all! We will be talking about you to the Americans and the Europeans. And why do you need an army anyway? For what purpose? To defend your independence and territorial integrity? Who will let you do that?! Look at them, wanting an army! A big, well-trained and well-equipped army can only be afforded by world leaders, those who deal with global issues. They are the ones we are going to talk to. Pechenegs don’t get to do that…!”

In the Kremlin’s vision of the world, the peoples of Ukraine and Georgia are a dead-end branch of history, a glitch in the genetic code that must be urgently repaired by returning these silly Ukrainians and Georgians, who are incapable of making independent decisions and who speak with ridiculous accents, to their old totalitarian stable. They got to play with their khachapuri and salo, Circassian coats and vyshyvankas for a while, they got to dance their lezginkas and hopaks around the ritual fires, but enough is enough, no more indulging them!

Just a reminder that we are talking about Georgia with its 3.7 million people. Little Georgia that cannot, even theoretically, put up any significant resistance against the armed forces of a vast, militarized country with a population of 145 million people.

Ukraine, with a population of 40-45 million, would probably be able to hold out longer than Georgia in the event of war. But even its forces would not be enough to defeat the Russians on the battlefield.

Nevertheless, Russia is giving the West a point-blank ultimatum: either there will be no armies equipped with your weapons and no joint military exercises with you in these countries, or whatever happens is on you…

To be fair, there is a hint, albeit very veiled, of a certain military alternative for Ukraine, Georgia and other post-Soviet states that would risk to follow their example in the Russian ultimatum. If they accept the rules of its game, Russia can help Ukraine and Georgia to build a “modern army” that will join the CSTO, march bravely at parades across the paving stones of Red Square, participate in pointless exercises and, of course, never set foot out of their barracks without an order from Moscow. Obviously, this so-called army will scatter to their homes at the first real threat. Which is exactly what Russia needs, since it cares so much about security in its own “soft underbelly”!

We all have seen the difference between an army that Russia helped build and an army that Turkey helped build—in Karabakh in 2020. They were not just two fundamentally different armies, but two different centuries, the twentieth and twenty-first.

And this despite the fact that Armenia is Russia’s strategic ally, armed with the best products of the illustrious Soviet-Russian military-industrial complex. One can only wonder what is in store for the armies of countries that are, to put it mildly, not allies of Moscow without Western or Turkish military aid.

This is going to be a truly pathetic sight…