Iran at the crossroads: Between war and revolution

The situation in Iran continues on a critical trajectory: crackdowns are getting harsher, the number of deaths and detentions is increasing, but the protests are not subsiding; rather, the protesters are radicalizing and responding to violence with violence. 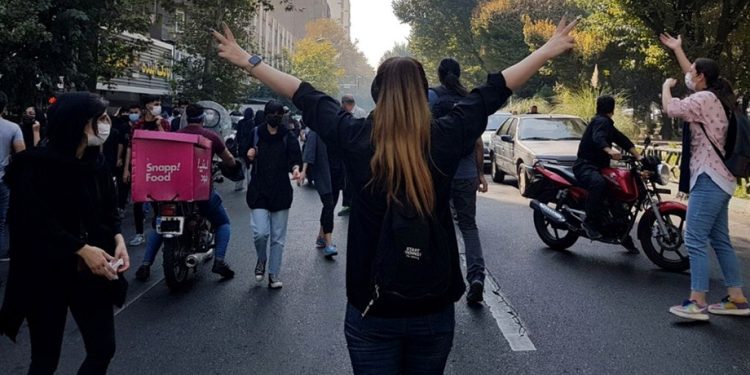 Nevertheless, the sporadic protests, which lack a single organizing and coordinating center, have now one shared characteristic: the protesters’ goals, slogans, and posters boil down to a simple and clear message: “The authorities must go.”

The goals and slogans of protesters are always very important; this is what helps to separate two processes that are close in form, but different in content—protest and revolution. If people protest against price hikes, low wages, or an official’s actions, it is an ordinary protest, one that is addressed by adopting socioeconomic programs or by dismissing government officials. When protesters demand regime change, the resignation of the government, it is no longer an ordinary protest, it is a “Revolution”. It is no coincidence that the rallies both in Iran and in the United States and Europe in support of Iranians often feature banners with the same message: “Not a protest, a revolution.”

One should not be deceived by the slow, incremental progression of the process. This is exactly how most revolutions known in world history developed. The French Revolution went on for years, as did the Revolution in Russia, which even included two revolutionary successions, bourgeois and socialist.

The Islamic Revolution in Iran itself also began with a protest in one city in January 1978, then gradually expanded and ended with its victory only in February 1979, that is, a year and a month later.

Judging by the mood of increasingly radical protesters, by their slogans “down with the regime”, we can assume that we are indeed witnessing the early days of a new Revolution in Iran, which, sooner or later, will end in regime change.

One of the interesting peculiarities of the current situation in Iran is that amid the serious aggravation of the internal political situation, the authorities of the country are taking openly provocative actions against a number of their neighbors: military drills on the borders with Azerbaijan and Turkey, missile strikes on the territory of Iraqi Kurdistan and an escalation of the campaign against Saudi Arabia. Apparently, this is a textbook illustration of the well-known law of politics: if there is dangerous tension inside the country, one must provoke and conduct a “small victorious war” against an external enemy. This helps, although not always, to divert the attention of the public, to achieve at least some consolidation of society.

The Iranian authorities clearly could use that in the current situation, hence the provocative activity of the mullahcratic regime in the foreign policy arena. But there are several “buts” in these schemes. The war absolutely must be “small” and definitely “victorious” for the trick to work. However, Iran’s neighbors do not fit the role of a safe “punching bag” for anyone to pummel and get away with it.

Take, for example, the Azerbaijan-Turkey tandem. The second strongest army in NATO and the strongest army in the South Caucasus—few would want to try to engage them in a real military conflict. Or Saudi Arabia. It may not have a powerful army, but as the key, strategic player in the oil market, this country has powerful protectors who have pledged to keep it safe from Iranian expansion. The United States and its allies keep their aircraft carriers close to the Persian Gulf and have established numerous military bases in the countries of the region for a reason. Modern Iraq, divided into Sunni, Kurdish and Shiite spheres of influence, with a feeble central government, appears to be weaker.

This is why Iran has so far ventured to launch missile strikes on Iraqi Kurdistan, perhaps to test the reaction of the international community. And the international community will definitely react should Iran choose to switch from individual strikes to the idea of a “small victorious war”. The international community already has a lot of questions for Iran, but after the failure of negotiations around the Iraniana nuclear program and with Iran de facto siding with Russia in the war against Ukraine, the number of countries in the world looking for an excuse to punish Iran is growing. Tehran should therefore think hard about the consequences of its plans. A “small victorious war” may turn into a “great defeat”, which amid the current revolutionary protests inside Iran will not just sweep away the mullahcratic regime, but will also call into question the very existence of Iran. At least in its current borders.