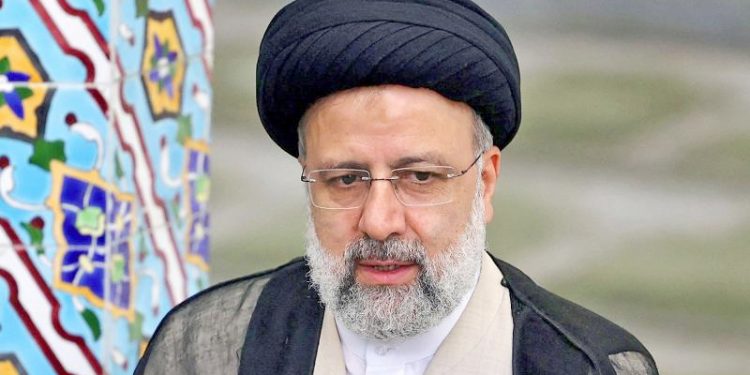 Despite a rapprochement of sorts in 2019 (see EDM, March 20, 2019), Iran’s relations with the Republic of Azerbaijan faced new strains and challenges during the final year of Hassan Rouhani’s presidency (set to end on August 3, 2021), especially following the outbreak of the Second Karabakh War in late September 2020. Azerbaijani officials and the media repeatedly protested and criticized Tehran’s foreign policy amidst the 44-day Armenian-Azerbaijani conflict (see EDM, October 21, 2020). While, domestically, Iran’s ethnic Azerbaijani population expressed outward support for Baku’s battlefield successes, much to Tehran’s discomfort (see EDM, October 22, 2020 and November 5, 2020); even local officials, members of parliament and clerics at Friday prayers in Iran’s Azerbaijani-populated northwestern border region demanded that the central government do more to back Baku’s position (Al Jazeera, October 5, 2020)

The 2021 Iranian presidential election, thus, naturally attracted intense media coverage inside Azerbaijan, reflecting the importance of the Islamic Republic and its political future for the South Caucasus region at large (Irna, June 22). The winner ended up being conservative cleric Ebrahim Raisi, who is considered a close ally of Supreme Leader Ali Khamenei. Azerbaijani President Ilham Aliyev quickly congratulated Raisi on the latter’s victory (Yazeco, June 22). And following the election, the officials of both countries expressed expectations that efforts to improve bilateral relations would remain on track under the next administration in Tehran. Iranian Finance and Economic Affairs Minister Farhad Dejpasand, in a meeting with Azerbaijan’s ambassador to Tehran, Bonyad Hosseinov, stressed that both sides would promote mutual cooperation. And the sentiment was echoed by Iran’s ambassador to Baku, Seyed Abbas Mousavi (Bim, June 20).

Following the conclusion of the Second Karabakh War, in November of last year, Azerbaijan adopted a large-scale program for the reconstruction of its liberated areas, and it invited foreign companies to participate (see EDM, April 26). According to Azerbaijani First Deputy Prime Minister Shahin Mustafayev, economic cooperation with Iran in Karabakh could be particularly fruitful in the field of energy (Dolat, December 22, 2020). But to facilitate the participation of Iranian construction companies in rebuilding Karabakh, a deal between Tehran and Washington regarding Iran’s nuclear program will probably be crucial (Acco, January 21, 2021).

Despite these economic incentives for cooperation, hard security concerns continue to strain Iran and Azerbaijan’s relationship. In late June, Turkey and Azerbaijan began joint military drills in Baku. The Ministry of Defense of the Republic of Azerbaijan stated that the main purpose of these exercises, called Mustafa Kemal Ataturk 2021, was to improve the interaction between the two countries’ military units during military operations and to increase commanders’ decision-making skills. Notably, as part of the exercise, the Azerbaijani Coast Guard’s Israeli-made Sa’ar-62 patrol boats fired Spike-Nlos anti-tank missiles at a retired commercial tug, which stood in for an Iranian patrol boat. In response, Tehran held its own, rival naval drills to demonstrate Iranian military prowess in the Caspian Sea. On June 30, the Islamic Republic carried out a 1,400-strong exercise with the participation of the Navy, Navy Air Force, Army aviation, Air Defense Force, as well as Air Force fighters (Tabnak, June 28; Independent, June 30).

Such saber rattling aside, Iran and Azerbaijan’s fortunes are clearly linked in multiple complex ways. For example, in recent months, Iran has suffered rolling power outages due to increased consumption (including because of cryptocurrency mining) and reduced hydroelectric production caused by lower rainfall levels as a result of climate change (Tejarat News, June 5). To compensate for this shortfall, Iran increased its electricity purchases from neighboring Azerbaijan and Turkmenistan. According to the spokesperson of Iran’s electricity industry, Mustafa Rajabi Mashhadi, imports from Azerbaijan currently total 73 megawatts (MW) via a cross-border transmission line. But plans exist to potentially increase such electricity flows to 130 MW during peak hours (Tasnim, June 12).

Another important area of cooperation through physical connectivity is the activation of the Nakhchivan–Tabriz railway and the promotion of improvements at the Jolfa border terminal. These, along with mutual development of the trans-regional North-South Transit Corridor had heretofore not received sufficient attention from the Iranian government. According to Azerbaijani President Aliyev, the opening of these corridors will bring new opportunities for the entire region, including increased trade with Iran (Anadolu Agency, January 7).

Long-running unresolved sources of tension continue to hamper such calls for cooperation, however, even when bilateral relations might appear cordial on the surface. In particular, Azerbaijan has repeatedly expressed dissatisfaction with Iran’s support for some Islamist groups in the country, which Tehran has sought to use as leverage over Baku as well as to offset what it fears is Baku’s influence over the large ethnic Azerbaijani minority living in Iran (Timeturk, October 30, 2020; RFI, June 21, 2011). Indeed, such a strategy on the part of Iran is not limited to its relations with Azerbaijan. Other neighboring countries have also protested Iran’s use of various political and militant groups beyond its borders to achieve foreign policy goals. And it seems that during Raisi’s presidency, this approach will continue, including with regard to Azerbaijan (Isna, March 30, 2021).

Regional security in the Caucasus and the Caspian Sea is certainly important to both Iran and Azerbaijan, and a prerequisite for the two sides to willingly cooperate on above-mentioned mutually beneficial economic and transit projects as well as for the joint exploitation of common offshore oil and natural gas fields (see EDM, April 5, 2018). However, Iran’s interference in the internal affairs of Azerbaijan during the next presidency may preclude such plans. If Tehran wishes to play a new geopolitical role in the post–Karabakh War South Caucasus, Iranian foreign policy will need to more clearly prioritize respect for national interests and de-escalation with its neighbors. But support for Islamist groups in the region has long been and looks highly likely to remain one of the basic principles of Iran’s foreign policy under the incoming Raisi administration.

Commentary: The EU reinforces its position in the South Caucasus before the upcoming EaP Summit