Along with military threats, the Iranian regime continues to use methods of information terrorism against Azerbaijan. Sahar TV, the main broadcaster of the Islamic Republic's top religious leadership, has recently intensified its attacks on Azerbaijan and its authorities. 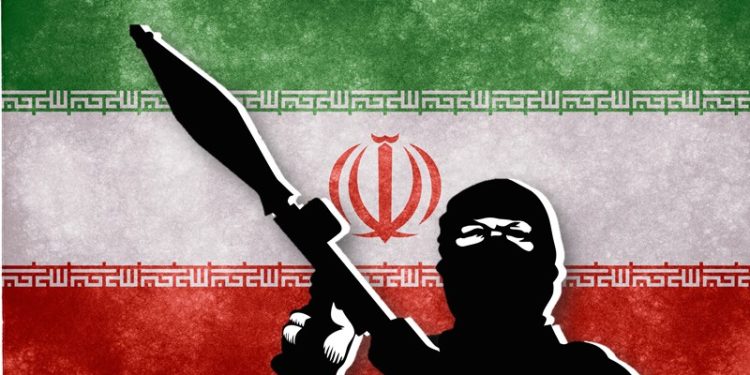 At the same time, Iranian secret services accuse Azerbaijan of orchestrating the terrorist attack in the city of Shiraz. The Tasnim news agency, affiliated with the Islamic Revolutionary Guard Corps, has also been zealously organizing regular information provocations against Azerbaijan.

Let’s start with some background information about Sahar TV, which has been engaged in purposeful subversive work against Azerbaijan for many years. Along with propaganda of Shiism, it systematically ignites social discontent in Azerbaijan, discredits the authorities, and sows the seeds of separatism.

The main activity of Sahar, broadcasting in six languages, including Azerbaijani, is aimed at increasing the number of agents of Iranian influence. Suffice it to say that Sahar’s Azerbaijani service was established in 1992, and since then the TV channel has invariably viewed the existence of the independent Republic of Azerbaijan as a threat to the Islamic Republic of Iran. One of the main instruments of propaganda of the Ayatollah regime, broadcasting in English, French, Kurdish, Bosnian, and Farsi, Sahar TV also conducts information terrorism against other countries.

In particular, Sahar satellite broadcasts reach the southern districts of Azerbaijan and, unfortunately, exert influence on a certain segment of the country’s population, some members of which consciously collaborate with the secret services of the Islamic Republic, becoming agents of Iranian influence, whom the intelligence services of Azerbaijan regularly track down and isolate from society.

While Sahar TV increases the flow of information provocations against Azerbaijan, the media directly linked to the Iranian counterintelligence, Ettela’at, accuse Baku of involvement in the organization of the terrorist attack in Shiraz.

On November 9, Iran’s Tasnim news agency reported “details” of the October 27 attack on the Shah Cheragh mausoleum in Shiraz, Fars Province, one of Iran’s five greatest shrines of Shia Islam.

Sobhan Komruni, a 23-year-old Tajik citizen (passport issued by the Hisar police department on September 8, 2017), is identified in the agency’s report as the main perpetrator of the attack, while an Azerbaijani citizen is described as “the coordinator of the terrorist cell’s activities inside the country”.

Tasnim reports that Sobhan Komruni, who opened fire in the shrine, is an Islamic State militant operating under the alias “Abu Ayesha”. It is also reported that the terrorist died a few days after the attack in a hospital in southern Iran from wounds sustained during his arrest.

There is no further information on Sobhan Komruni. Nor is it specified how exactly he arrived in Iran.

In turn, the Tajik authorities have not responded to the reports about their compatriot, and the Hisar police department says that they have no information on this matter.

Tasnim claims that the coordinator of the terrorist cell inside IRI was “an Azerbaijani citizen who was seen passing through the customs terminal of Imam Khomeini International Airport in Tehran”, failing, however, to mention the name of this person.

As a matter of fact, there are strong suspicions that the attack in Shiraz was organized by the Iranian secret services in order to divert the attention of the participants of the mass protests in the country to the “external enemies undermining the foundations of the Islamic state”.

Not only are the accusations of involvement in terrorist activities in Iran against Azerbaijan absolutely unfounded, they are also completely absurd. First of all, they come from a state widely known throughout the world as the main sponsor, patron and instigator of international terrorism, as a country that supports and finances terrorism at the state level.

It is common knowledge that the Iranian secret services that vilify Azerbaijan have been setting up terrorist groups in the Middle East—in Lebanon, Egypt, Syria, Iraq, Yemen, the Gaza Strip—for years, spending tens of billions of dollars annually on arming and training them. Although today the Iranian mullahcracy stigmatizes “Takfiris”, calling them “enemies of Islam,” it was not so long ago that Iran was actively working with al-Qaeda against the United States and Israel.

Lastly, Tehran supplies drones and missiles to the Russian army, thereby participating in the killing of civilians and the destruction of civilian infrastructure in Ukraine. President Zelensky said recently that Iran was complicit in the terror against Ukraine and would have to answer for it.

The Iranian secret services are also known to use the revenues from international drug trafficking to finance terrorism, which has been repeatedly mentioned in reputable international investigations, including the International Narcotics Control Strategy Report of the US Department of State.

Iran’s trafficking of Afghan heroin to Europe, including through Azerbaijan, is one of the IRGC’s main activities. The Iranian secret services not only organize drug trafficking through Azerbaijan, but also play a serious role in the spread of drug addiction. It is no coincidence that cheap synthetic drugs that have entered the Azerbaijani market in recent years come from Iran. And whenever the law enforcement agencies of Azerbaijan arrest drug couriers, it turns out that they are selling drugs smuggled in from Iran…