In an interview with the German-language Zenit magazine, opposition Azerbaijani journalist Khadija Ismayilova said she had been in demand in the West when she criticized the Azerbaijani authorities, but they lost interest in her once she voiced her position on the Karabakh conflict. 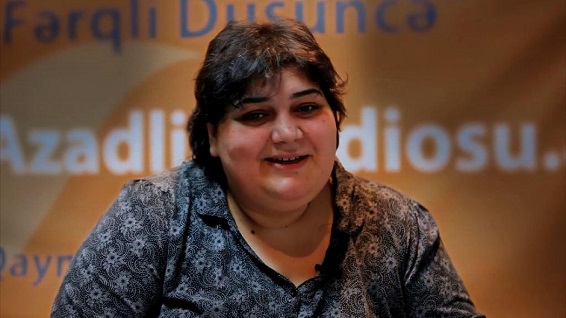 “Some people [in the West] said that if I spoke against Armenia on the Karabakh issue, they would regret that they supported me. If I had known that in advance, I would have refused their support right away. Does my freedom of speech end when I criticize not only the Aliyevs? Why am I allowed to raise the problems of only the Azerbaijani government, but not the Armenian one? It is not only Aliyev’s war, it is the war of the entire Azerbaijani people. 600,000 people became refugees in their own country. I don’t support Aliyev, but he is right about Karabakh, because Armenia occupied our country in violation of international law,” Ismayilova said.

The journalist mentioned that last year she had been allowed to leave Azerbaijan legally, but while she had regularly received invitations to Western countries before, no such invitations were forthcoming now: “When I can move around freely again, apparently, no one needs me anymore. It’s disheartening.”

And yet, Khadija Ismayilova is not ready to give up her convictions regarding Armenia’s occupation of Karabakh in order to “please someone or get more cheers from abroad”. “The irony is that no one in the West raises their voice in defense of the Azerbaijani position.”

According to her, no one from the Armenian side criticizes the occupation of Karabakh or calls for an investigation of Armenian war crimes, the only exception being the now deceased Georgi Vanyan… “We need more artists advocating peace, but we cannot expect this from the [Azerbaijani] side alone,” Ismayilova is convinced.

On the Karabakh issue, the opposition journalist is unanimous with the Azerbaijani leadership. Commenting on the interviewer’s suggestion that allegedly “the authoritarian regime in Azerbaijan deprives Karabakh Armenians of the opportunity to live under Azerbaijani rule,” Ismayilova said: “The conflict did not begin with Ilham Aliyev. The most violent clashes took place long before he came to power. That is why I do not accept this argument. In fact, if you think about it, it is a lie.”

Armenian ultra-nationalist parties had organized confrontations between neighbors even before that. As proof of this, the journalist brought up a piece of her own family history: “My grandmother’s father was killed by Armenian Dashnaks near Shamakhi in 1918, a week after she was born. My grandmother had every reason to hate Armenians. But she didn’t. Only when the Karabakh conflict started in the 1980s did she tell us her story, ending it with the words: ‘Hate comes and goes, but you will still have to live together again, so don’t do nasty things to each other’.”