Khojaly and Sumgait: Have the criminals been punished?

Unfortunately, the answer is 'no' for the Khojaly Massacre, while it's, fortunately, 'yes' for the bloody memory of Sumgait in the Nagorno-Karabakh region. 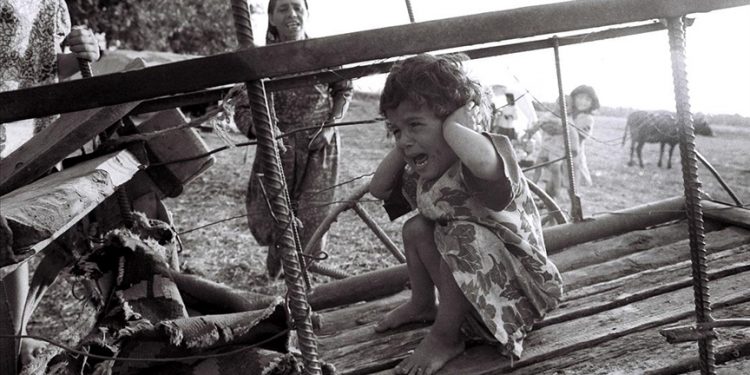 ocated on the Caspian Sea, Sumgait is the third-largest city in Azerbaijan. Its population, which was around 300,000 during the Soviet era, increased to 500,000 after the First Karabakh War after the resettlement of internally displaced people (IDPs) forced out by the Armenian occupation. In particular, refugees from the Qubadli, Zangilan and Lachin districts settled in this city. In this new situation, refugees and city residents alike socioeconomically and psychologically suffered until they became acclimatized to this new situation during the 30 years of occupation.

Sumgait was built in 1949 and is thus one of Azerbaijan’s youngest cities and most important industrial centers. In the Soviet era, people from many republics of the Soviet Union, including Armenia. Azerbaijanis and Armenians, inhabited the city. Children of the two different nationalities grew up and played football together, studied different languages at the same schools, celebrated holidays with each other and even attended each other’s wedding and funeral ceremonies. They worked in different positions as managers and employees in the same organizations and manufacturing plants. Until 1988, the residents lived in harmony and they were even getting closer every day.

In August 1987, however, the Pandora’s box was opened after an incident. The separatist tendencies, which began in the then-Nagorno-Karabakh Autonomous Oblast (NKAO) and were supported by the Armenian Soviet Socialist Republic, fueled tension between the two communities, who had lived together for many years.

In October 1987, demonstrations began in Armenia’s capital Yerevan under the slogans of “unification,” “Nagorno-Karabakh to be handed over to Armenia” and “Karabakh to be reunited with its motherland.” In November 1987, some 2,000 Azerbaijanis were forced to flee the city of Kapan as a result of attacks on Azerbaijanis living in the Zangezur corridor. On Feb. 20, 1988, the Nagorno-Karabakh Supreme Council’s illegal decision to unite with Armenia was the last straw.

Two Azerbaijanis, Bakhtiyar Guliyev and Ali Hajiyev, were killed by an Armenian attack on Karabakh while Azerbaijanis were protesting against the illegal decision. On Feb. 22, after the bloody incident, a confrontation took place between the residents of the Agdam region and the town of Askeran on the Stepanakert (Khankendi)-Aghdam road, and 19 people were injured there. The day before, arson attacks targeted the Demirbulag Mosque in Yerevan (there were eight mosques in the city in the early 20th century), an Azerbaijani secondary school (named after Azerbaijani author Mirza Fatali Akhundov) and equipment belonging to the Yerevan State Azerbaijani Drama Theater (named for Azerbaijani playwright Jafar Jabbarly).

On Feb. 25, the first exodus wave of Azerbaijani refugees began. Some 540 families – about 2,500 people – unable to withstand the Armenians’ pressure and insults sought refuge in the Agdam region, and 150 families (about 500 or 600 people) took refuge in the Agjabedi region. The growing separatist ideology in Karabakh and the growing pressure on Azerbaijanis in Armenia began to negatively impact the interethnic relations in Azerbaijan.

After the Feb. 28, 1988 clashes in Sumgait, 32 residents, all of whom were Azerbaijani citizens, were killed. Twenty-six of them were Armenian, and the rest were Azerbaijani. The Armenian elite, intellectuals and journalists later initiated the process leading to the First Karabakh War. They tried to sway public opinion in Armenia and the world that “Azerbaijanis killed us in Sumgait in order to destroy us as a group, and we can no longer live with them.” In this way, those, who were unable to base their right of self-determination on the constitution of the Soviet Union and international law, justified it through the Sumgait incident. Indeed, the Armenian demands had already begun before the Sumgait incident.

The Soviet Union’s Prosecutor General’s Office opened an inquiry into the Sumgait incident and appointed a special envoy to Azerbaijan. The investigator was Vladimir Sergeyevich Galkin, who had also signed the indictment bill. Those involved in the incident, including seven leaders, were arrested and later executed, except the Armenian Eduard Robertovich Grigoryan. Here, it is particularly necessary to note that the Sumgait victims (Armenians by nationality) confirmed that the group of criminals was led by Grigoryan, and the identification was conducted not by the Azerbaijani investigators but by the members of the investigation group consisting of Russians and eight Armenians.

During the Sumgait incident, the Soviet Union still existed, and Azerbaijan was not an independent state. Soviet authorities could have prevented the incident if they had wanted to. In this regard, several questions arise. First, why didn’t Armenian intellectuals, experts, politicians and journalists blame the Soviet government, which had the power and authority, but the Azerbaijani people, who were not in power at the time? Second, maybe the goal was to justify their subsequent actions, or was it the effect of extreme nationalism?

No one is proud of crime

The Sumgait incident’s perpetrators were arrested and punished. According to Azerbaijanis, the incident’s purpose was to pit the two communities against each other. During the incident, some Sumgait residents hid their 40-year-old neighbors in their homes to protect them. None of the Azerbaijanis, who took part, were ever declared a hero by the Azerbaijani state or people. None of them were given special status like former Armenian President Serzh Sargsyan, Kocharyan and left-wing nationalist militant Monte Melkonian in Armenia. The participants of the Sumgait incident are still remembered by the Azerbaijani people as criminals, particularly since most of them had criminal backgrounds. However, the Armenian side is trying to discredit an entire nation by blaming the Azerbaijani people as a whole for an incident that was committed by specific groups – who were later punished.

Armenians were among those who attacked civilians in Sumgait and were later arrested and charged. Interestingly, many witnesses indicated that the leader of the group was Armenian. When the identification of the suspects was conducted in Armenia’s prosecutor’s office, two injured Armenian girls – sisters Marina and Karina Mezhlumian – recognized Grigoryan without hesitation. The sisters didn’t hide their anxiety and indignation and repeated that he was the main figure among the incident’s participants.

Not all Armenians left Sumgait after the incident. In March 1988, several high-ranking members of the Azerbaijan Communist Party went to Armenia and tried to persuade Armenians to return to Sumgait. However, the Azerbaijanis who went to Yerevan faced death threats and returned. Despite the two wars that took place in the region, an Armenian population still lives in Sumgait, and the city’s residents know and connect with them.

Not only the population of Sumgait but all Azerbaijani people remember the events of 1988 as unpleasant and undesirable and think that they were trapped by those who wanted to increase hostility between the two peoples. The perpetrators were tried by the Soviet Union, and two of them were executed.

Unfortunately, media around the world ignored the massacres against Azerbaijanis. Between 1987 and 1989, as a result of attacks on Azerbaijanis living in Armenia, some 215 Azerbaijanis were killed. Also, today the perpetrators of the Khojaly genocide still walk proudly in Armenia. They are presented to the Armenian people as heroes and recognized as heads of state in the international arena.