Ukraine’s and Azerbaijan’s leaders on Friday declared the support for their countries’ territorial integrity and the desire to jointly counter hybrid threats in the Black Sea and Caspian regions amid growing tensions in the area. 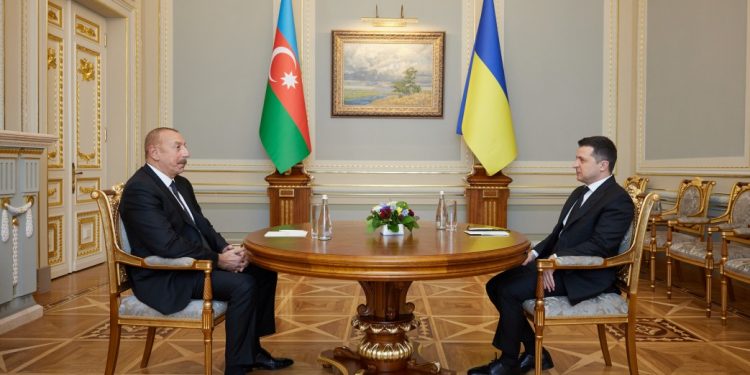 Azerbaijan President Ilham Aliyev arrived in Kyiv amid escalation on the Ukrainian-Russian border and a large-scale cyberattack on Ukraine’s government websites.

Both friendly countries have faced military threats on their borders in recent months.

Ukrainian President Volodymyr Zelenskiy told a joint news conference that a signed joint declaration reaffirms the “desire to ensure peace and stability in the Black Sea-Caspian region and beyond.”

Relations between Ukraine and Russia collapsed after Moscow’s annexation of Crimea in 2014 and the outbreak of war between Kyiv’s forces and Russian-backed separatists in eastern Ukraine that same year.

The United States said on Thursday Russia might be trying to create a pretext to launch a new military assault on Ukraine, comparing the situation to the circumstances in 2014.

Russia warned of possible “catastrophic consequences” if there was no agreement on what the Kremlin has termed security red lines but said Moscow had not given up on diplomacy and would even accelerate it.