Lavrov and Mirzoyan discussed peace treaty between Azerbaijan and Armenia 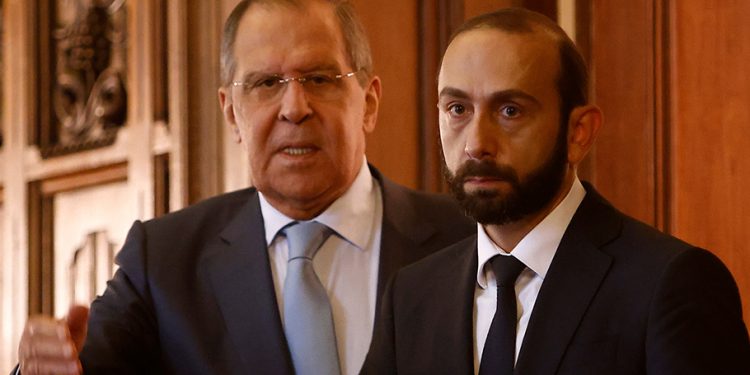 The sides discussed a wide range of regional security and stability issues. They exchanged views on the delimitation and security of the borders between Armenia and Azerbaijan, and the unblocking of economic and transport infrastructures in the region.

Ararat Mirzoyan stressed the importance of the Russian side’s efforts aimed at a lasting and comprehensive settlement of the Karabakh conflict.

The two ministers reaffirmed the importance of implementing the agreements reached by the trilateral statements of November 9, 2020, January 11 and November 26, 2021.

The role of the Russian peacekeeping forces in Karabakh in supporting the ceasefire regime and preventing provocations in the conflict zone was emphasized.

According to the press service of the Russian Foreign Ministry, the meeting also involved a discussion of the parameters of a peace treaty between Armenia and Azerbaijan.