For the first time since Azerbaijan company ADY Container added the Black Sea feeder services to its portfolio, Central Asian cargo found its way to Europe using it. 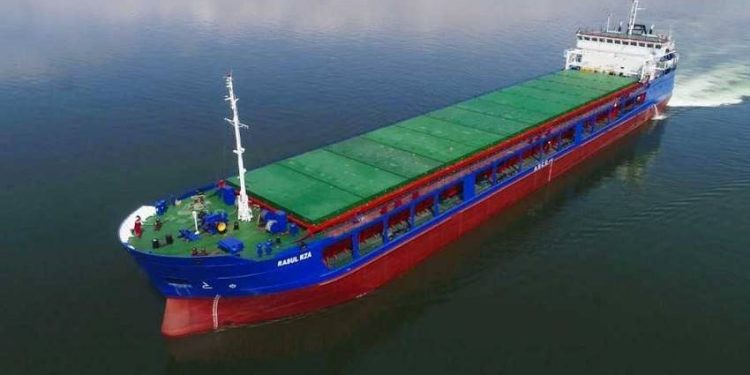 The company deployed a multimodal service to transport Uzbek fertilisers to Romania via the Middle Corridor in what was the first service not focusing on Chinese cargo.

Commencing from Uzbekistan, a blocktrain comprising 24 40-foot containers full of fertilisers reached the port of Turkmenbashi in Turkmenistan. From there, the cargo was carried by a feeder vessel across the Caspian Sea to the Azerbaijani port of Alat. In Alat, rail took over again on the way to the Georgian port of Batumi. There, it was loaded to the ‘Rasul Rza’ feeder vessel heading for Constanta in Romania across the Black Sea.

ADY Container’s feeder vessel services in the Black Sea are organised jointly with the Azerbaijan Caspian Shipping Company (ASCO). They commenced to alleviate pressure on the Middle Corridor and contribute to better lead times between Europe and China. The first feeder service launched in late May, connecting the Georgian port of Poti and Constanta. The second started in late June, providing a connection between the port of Batumi and Constanta six times per month.

What makes this service special?

Understandably, it’s not the Black Sea feeder service that makes the headlines but the type and origin of the cargo. ADY Container’s vessels have been in the water for months now: however, it is the first time that they do not transport cargo coming from China.