Russian Foreign Minister Sergei Lavrov has dismissed speculation that Turkey could build a military base in Azerbaijan as "rumors." 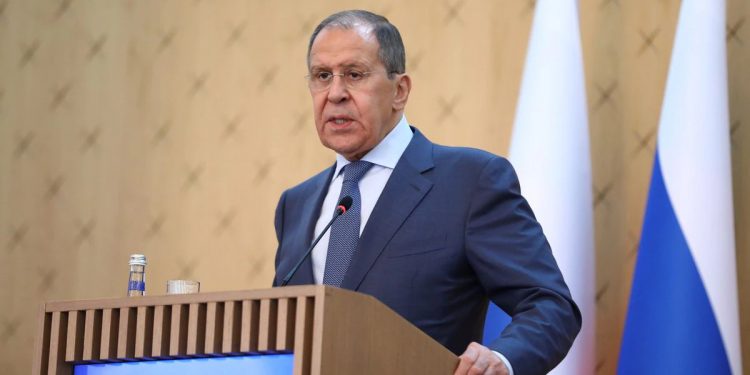 Turkish President Recep Tayyip Erdogan said during a visit to Baku this week that he hasn’t ruled out the possibility Ankara could build a military base in Azerbaijan under an agreement he and President Ilham Aliyev signed on June 15.

The so-called Susa Declaration on Allied Relations between Azerbaijan and Turkey calls for stepped-up cooperation between Ankara and Baku in the military sphere.

Lavrov was questioned by journalists on June 18 about the possibility of a Turkish base in Azerbaijan after he’d met in Moscow with Belarusian Foreign Minister Uladzimer Makey.

Lavrov said the topic had not been discussed, adding “we do not comment on rumors.”

Kremlin spokesman Dmitry Peskov said on June 18 that Moscow is closely monitoring developments around a potential Turkish base in Azerbaijan.

Such a move by NATO-member Turkey could require Russia to take steps to ensure its own security and interests.

Peskov said Russia was in close contact with Turkey on stabilizing the situation in the South Caucasus after last fall’s six-week war between Azerbaijani and Armenian forces over the breakaway region of Nagorno-Karabakh.

Ankara provided Azerbaijan with both diplomatic and military support during the conflict.

Turkey is now jointly operating a cease-fire monitoring center with Russia under the terms of the Russian-brokered cease-fire agreement that brought an end to the fighting last November.

Nagorno-Karabakh is internationally recognized as part of Azerbaijan. But ethnic Armenians who make up most of the region’s population still control part of the territory and reject Baku’s rule.