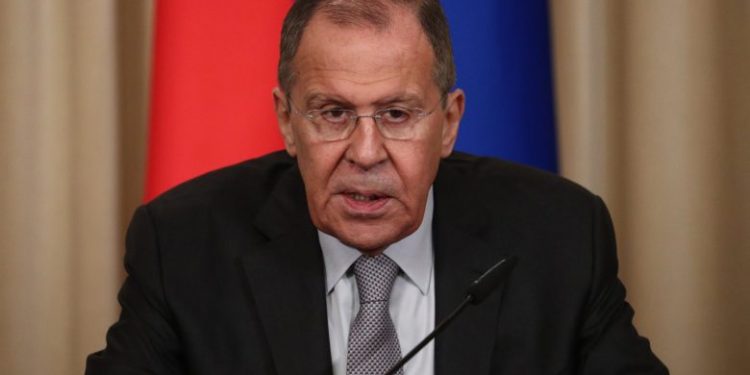 Noting that Moscow has no diplomatic relations with Tbilisi, thus lacking an opportunity to explain “the advantages” of the platform to Tbilisi, the top Russian diplomat said “we asked our Turkish friends, our Azerbaijani friends and Armenia to explain to our Georgian neighbors the benefits for them and for all of us of joining this format.”

“We can agree that we discuss in this format only topics that are of interest to all participants,” the Russian Foreign Minister asserted.

While recalling that Tbilisi and Moscow are interacting via Geneva International Discussions, as well as through Abashidze-Karasin format, Mr. Lavrov stressed: “But in my opinion, the processes, started in the “3+3″ format, are much more significant, since this format discusses the prospects of development of this entire region.”

According to the chief Russian diplomat, now that Armenia and Azerbaijan have signed accords to end hostilities, develop trade and economic relations and unblock all routes in the region, “this opens up opportunities in which Turkey, Russia, Iran, and Georgia are also interested, I am convinced.”

In December, Georgia did not join Russian, Turkish, Iranian, Azerbaijani and Armenian diplomats in Moscow for the first meeting of the 3+3 regional cooperation platform, pushed by Russia and Turkey in the aftermath of the second Nagorno-Karabakh war.

The Ministry of Foreign Affairs of Georgia stated in October that Tbilisi is not considering participation in the cooperation platform together with the Russian Federation, the country that continues the occupation of two Georgian regions.