Russia's entanglement in Armenia-Azerbaijan relations appears to be getting deeper. Russian Foreign Minister Sergei Lavrov, speaking in Dushambe on Wednesday (19 May) said that Russia was ready to participate as mediator and consultant in a commission it proposes to establish between Armenia and Azerbaijan on border demarcation between the two countries. 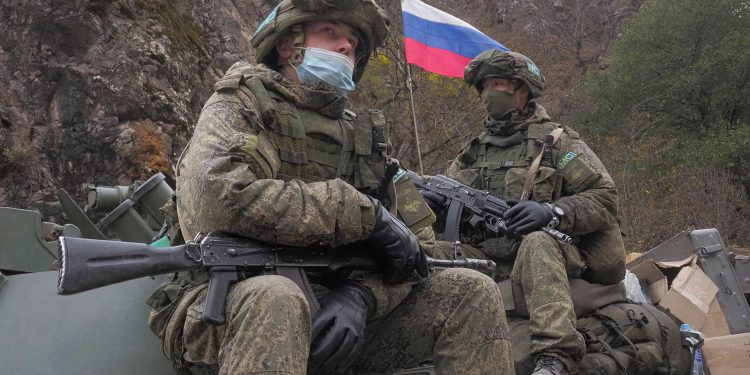 “We informed our friends in detail about the efforts that Russia is making to resolve the incident that arose due to the lack of international legal delineation of the state borders”, Lavrov said in reference to an ongoing dispute between Armenia and Azerbaijan over the delineation of some parts of their border.

“By prior agreement with the parties, the Russian Federation offered to assist in the beginning of the delimitation and demarcation of the border, taking the initiative to establish a joint Armenian-Azerbaijani commission for this purpose, in which the Russian Federation could participate as  a consultant and mediator, ”Lavrov said.

Russia has in recent months already become deeply entangled in Armenia-Azerbaijan relations, following the signing of the 10 November trilateral agreement that ended the 44 day Karabakh War. Russia has deployed thousands of soldiers, border guards, FSB officers, sappers, Ministry for Emergency Situations personnel and others to Nagorno-Karabakh and the southern border between Armenia and Azerbaijan since last November.