Officials from Azerbaijan, Ukraine and Turkish Cyprus offered their condolences to Turkey on Thursday over the massive forest fires in its southern provinces which have claimed the lives of three people. 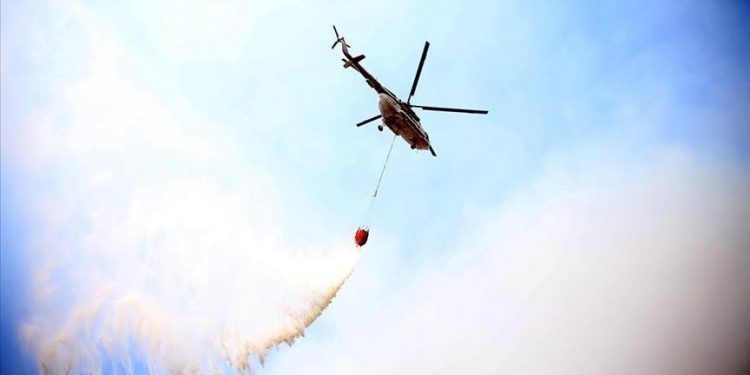 “Continuation of forest fires in brotherly Turkey and the loss of three lives in Antalya shocked us very much,” Azerbaijani Foreign Minister Jeyhun Bayramov said on Twitter.

Bayramov wished Allah’s mercy on those who died.

“We are with brotherly Turkey in these difficult days and are ready to provide any support,” he said, also tagging his Turkish counterpart Mevlut Cavusoglu.

Meanwhile, Ukrainian President Volodymyr Zelensky took to Twitter to offer assistance in putting out the fires.

“Expressed sincere condolences to my friend President of [Turkey] @RTErdogan over the large-scale fires,” Zelensky wrote.

“Ukraine will provide Turkey with all the necessary assistance.

“Our firefighting plane will depart to [Turkey] tomorrow. [The Ukrainian] people will stand together with the friendly [Turkish] people at this hard time,” he added.

The Prime Minister of the Turkish Republic of Northern Cyprus (TRNC), Ersan Saner, also offered his condolences to Ankara over the massive forest fires.

Saner said the TRNC is ready to fulfill any task that falls on them for the fires in Turkey, according to a statement from the press office of the Prime Ministry.

Earlier, TRNC President Ersin Tatar released a message about the fire in Manavgat district of the Mediterranean coastal city of Antalya, expressing “concern and sadness.”

Tatar said he hoped the fire would be extinguished as soon as possible and that there was no loss of life.

Earlier, Greece’s foreign minister spoke by phone Thursday with his Turkish counterpart as wildfires raged across southern Turkey, leaving deaths, injuries and a trail of destruction in their wake.

Nikos Dendias wished a speedy recovery to the country and told Mevlut Cavusoglu they are ready to help if needed.

The Disaster and Emergency Management Authority (AFAD) said in a statement that three people lost their lives and 138 others were affected by the wildfires in Manavgat district, including one who was seriously injured.

Many homes, workplaces, barns, farmland, greenhouses and vehicles were damaged due to the blaze, it said, adding a dozen teams are currently conducting a damage assessment.

President Recep Tayyip Erdogan said the state is mobilizing all means to control and put out the fires.