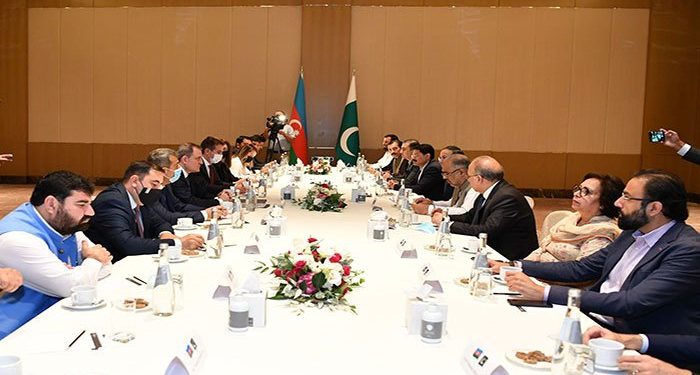 The two sides discussed issues of mutual interest and also deliberated on the prospects of enhancing cooperation in various fields. Speaker Asad Qaiser felicitated the Azeri foreign minister on the liberation of the territories from Armenia.

Pakistan strongly supports the sovereignty and territorial integrity of Azerbaijan and advocates Azerbaijan’s stance on the Karabakh issue, the speaker added. The speaker emphasised the need for operationalising direct flights between Azerbaijan and Pakistan for promoting people-to-people contacts between the two brotherly countries. He further underscored the importance of relaxation of visa policies particularly for the students on the two sides. He proposed that the prominent educational institutions in the two countries should collaborate with each other for joint research, joint degree programmes as well as students and faculty exchanges. The Azeri foreign minister thanked the speaker for the meeting and lauded the proposals.

He assured that the suggestions will be taken up with the concerned quarters. The foreign minister further said Azerbaijan strongly supported Pakistan’s just and legitimate stance over the Kashmir issue and reaffirmed that Azerbaijan will continue to extend its support at all international fora with regard to the issue.