French President Emmanuel Macron in a telephone conversation with Ilham Aliyev urged the latter to return to respecting the ceasefire between Baku and Yerevan, the French leader's administration said Tuesday. 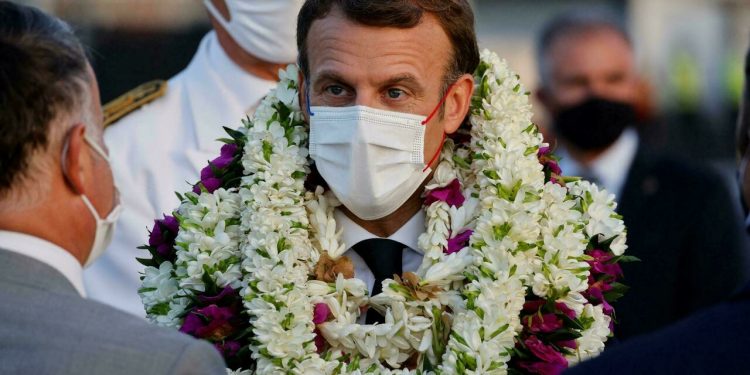 “Macron stressed the need to return to respecting the ceasefire,” Agence France Presse quoted the Elysee Palace as saying.

What is there to say? This statement causes only bewilderment and contempt, but not a desire to listen to it. And look who is talking about peace. The head of a country up to its elbows in the blood of more than a million Muslims in Africa, a country whose war crimes have gone unpunished. Macron, of all people, should not be the one to play a champion of peace.

Actually, one can only feel sorry for the Armenians. They are truly unlucky with their allies. They do not know how to choose them. However, this should not be surprising: “show me your friends, and I will tell you who you are”. They deserve each other.

Macron always changes his colors, he has always been known for his inadequacy and wavering in some or other political processes. The head of France, known for his anti-Azerbaijani rhetoric and love for Armenia, has regularly made statements in favor of Azerbaijan.

After the end of the war, Emmanuel Macron posted on his Instagram on November 22: “According to international law, Nagorno-Karabakh and its surrounding regions are considered the territory of Azerbaijan. Therefore, interference in the affairs of a sovereign state should not be allowed without its wishes.”

Of course, it was a forced statement, made under pressure from the political environment. And France has long lost prestige in the international arena, especially against the backdrop of its flirtation with Russia.

This time Macron lost his grip on reality, biting off much more than he can chew. Macron’s statement is nothing but an attempt to accuse Azerbaijan of violating the agreements reached, while it is Armenia that refuses to abandon attempts to derail the negotiation process by carrying out military provocations against Azerbaijan.

It is hard to say what Macron expected to get in response to his ridiculous appeal. Ilham Aliyev’s response must have embarrassed him. Azerbaijan has nothing to justify itself for to anyone. Least of all to France.

The only piece of advice we can give to the head of France is this: Emmanuel Macron, mind your own business. You have plenty of problems of your own, which have long been waiting to be solved. Restore your credibility among the French public before you jump at the chance to defend the poor and the demented! And what group are you from anyway, monsieur? Go back there and stay out of the way!

But we understand you have to work off the gifts and offerings from the Armenian lobby. Oh, and don’t forget to report to them about your phone call to Ilham Aliyev.