At a minimum, Russian officials worry that at least one of the littoral states could allow those powers a role in the Caspian basin that was supposed to have been prevented by the August 2018 agreement. 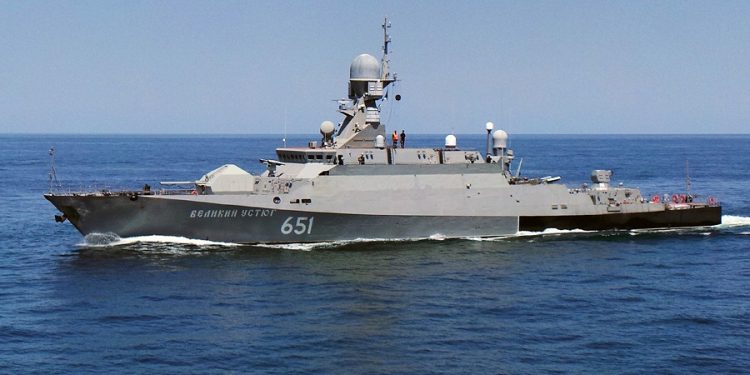 When the five Caspian littoral states signed a maritime delimitation pact in August 2018, they additionally agreed not to allow any outside power to have a military role in this landlocked sea (RITM Eurasia, August 14, 2018). But in the three years since that accord was adopted, the geopolitical situation in the region has shifted for a whole host of reasons: namely, Azerbaijan’s victory over Armenia last year, the growth of the navies of the littoral states (see EDM, May 28, 2020 and June 24, 2021), burgeoning and reorienting trade among Caspian ports (see EDM, May 23, 2017 and April 6, 2021), as well as the increasing involvement of Turkey and China (see EDM, October 16, 2020; TRT, February 23, 2021). In response, Russia has taken three important steps designed to promote cooperation between itself and the four other states around the Caspian to ensure that outside powers—especially Turkey and China—continue to be excluded.

The first of these steps has been a gradual effort by Moscow to expand its links with Iran, given that Tehran shares Russia’s concerns about the growth of Turkish influence in the region. These efforts have included enhanced government-to-government exchanges and greater contacts between experts and specialists from the two countries (see EDM, February 25).

The second and third Russian steps are more recent, more dramatic and highlight just how important the Russian government sees naval cooperation in the Caspian for its broader geo-economic and geopolitical goals. In August, Russia completed the rebasing of its Caspian Flotilla from Astrakhan in the north to Kaspiysk and Makhachkala in Dagestan—nearly 400 hundred kilometers further south—putting it in a position to project power in the area far more easily than before (Caucasus Post, August 28).

Finally, and most prominently, Moscow took the lead in late-summer military maneuvers and a naval competition with three of the four other Caspian littoral states (Turkmenistan did not take part because of its neutrality policy) at and off the coast of the Iranian port of Enzeli. These events attracted intense interest in the media of all four countries (RITM Eurasia, September 16; Tengri News, August 31).

Russia’s own Caspian Flotilla remains the dominant naval force on the Caspian; however, it is no longer the only force that matters. Not only have all four of the other littoral states—Azerbaijan, Iran, Kazakhstan and Turkmenistan—been rapidly developing their own navies, but several of them, Azerbaijan and Turkmenistan most prominently, have been cooperating with China and Turkey in ways that some in Moscow fear could tip the balance against Russia in the Caspian region. At a minimum, Russian officials worry that at least one of the littoral states could allow those powers a role in the Caspian basin that was supposed to have been prevented by the August 2018 agreement. Turkey’s growing shipbuilding industry as well as China’s Belt and Road Initiative (BRI), in particular, make Russian anxieties understandable, especially given that while its flotilla in the Caspian is far larger than all the rest of the regional navies combined, its ships are less modern and thus could be at a disadvantage if any outside assistance was given to one of the other littoral states. In the past few years, Moscow has endeavored to make its flotilla a more potent force on the sea itself, in adjoining territories, and more distantly by launching cruise missiles from vessels operating in this body of water and by moving (via internal riverways) its Caspian warships temporarily to the Sea of Azov (see EDM, May 31, 2018, June 7, 2018, July 17, 2018, December 4, 2018).

In Enzeli, in advance of the above-mentioned summer exercises, Russian Rear Admiral Sergei Yekimov, the deputy commander of the Caspian Flotilla, underscored how important naval cooperation between Russia and the other littoral states—Iran in particular—is for Moscow. The reason for holding competitions and exercises off Iran’s shore, he said, is to develop cooperation and mutual understanding. He expects these exercises, which first took place a year ago, to become an annual event—something that will link the navies of the four littoral states more closely together in dealing with all issues affecting the future of the Caspian (Radio Sputnik, August 31).

Russian coverage of the competition and the exercises stressed that such events were intended to reaffirm the August 2018 agreement that no non-littoral state will be allowed to introduce a military presence there. “Turkey,” in the words of one Russian military commentator, “as is well known, is not on the list of Caspian countries, and, therefore, it is completely logical that Russia and other participating countries will follow closely the military undertakings of this member of NATO [North Atlantic Treaty Organization]” lest it violate their joint undertaking (Mil.ru, August 31).

Clearly, Moscow is sending a signal, one that Iran in particular wants to hear and welcomes. But Russia’s ability to ensure that its policy will be followed is far less unassailable than it would like. Except for Tehran, the governments of the other four Caspian littoral states have their own agendas both on use of the sea itself and on cooperation with outside powers. Kazakhstan and Turkmenistan are working ever more closely with China to develop east-west and cross-Caspian trade, and neutral Turkmenistan was not even represented at Enzeli. Azerbaijan is increasingly linking its future with Turkey, which has its own growing interest in projecting power to the Turkic countries on the other side of the Caspian. As such, Russia has reasons for concern, and so Moscow’s latest moves are unlikely to be its last in this geopolitical game (Windowoneurasia2.blogspot.com, July 3).