In the 1930s, Soviet dictator Joseph Stalin considered building a canal between the Black and Caspian seas because the Volga­–Don Canal lacked the depth to handle large-capacity ships. But World War II forced him to suspend and then abandon that dream. 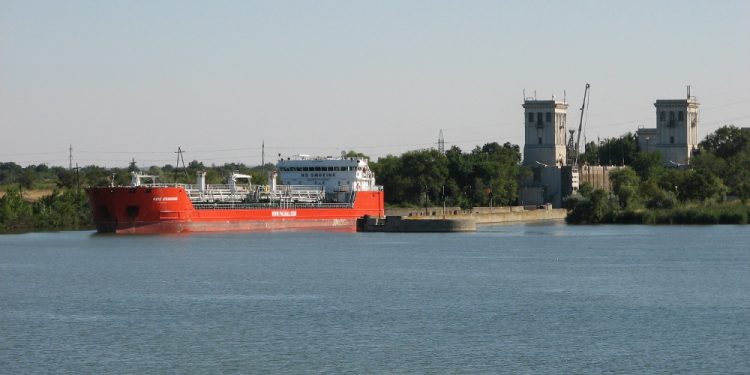 Now, President Vladimir Putin is reviving it, drawing on a Dubai-based company to establish a water route between Turkey and Central Asia via Russian territory as well as considering developing a new canal system across the North Caucasus. The latter promises to not only reduce the importance of geopolitical changes in the South Caucasus caused by the latest round of Armenian-Azerbaijani fighting but also increase Russia’s role as a partner in China’s Belt and Road Initiative to link Asia and Europe. The Dubai company has already launched its waterway project—its ships are now moving through preexisting Russian internal rivers and canals. But the proposed new canal faces enormous obstacles—not just topographic but also political and ethnic—making it unlikely to be realized in the near future. Even so, these latest moves on the geopolitical chessboard of the Caucasus are already having an impact.

Last week (May 22), the Dubai-based P&O Logistics, which owns some 400 cargo ships, announced the opening of a new cargo container shipping route between Istanbul and Central Asia using the Black Sea and Russian internal waterways like the Volga–Don Canal and then via the Caspian to Kazakhstan and Turkmenistan. Russian and Turkish officials welcomed this development. However, others in the region affected by it, including Azerbaijan and Iran, have so far failed to react publicly, even though each could find its geopolitical role reduced. East-west trade that had once passed though Azerbaijani and Iranian territory may now be transferred to their north (Kaspiyskiy Vestnik, May 24; Vestnik Kavkaza, Haqqin.az, May 22.

The P&O Maritime Logistics announcement specifies that the company will use the Volga–Don Canal, but it does not indicate how that will affect the speed and thus the price of container traffic along the route. At present, ships using the canal cannot draw more than 3.5 meters, a restriction that would preclude the use of this waterway by larger vessels. Nonetheless, what is of great significance is that the route is now open and does not depend either on the reopening of railways in the South Caucasus or on the construction of new transport corridors. Moreover, it puts Moscow back into the critical game of container traffic. Up to now, Moscow had focused on bulk cargo, the importance of which is declining.

This new water route is expected to significantly increase container traffic between Turkey and Central Asia and, thus, (at least potentially) between China and Europe. At the same time, the P&O action importantly gives new impetus to Moscow’s plans to dredge the Volga–Don Canal so that it can handle larger ships. And it bolsters Kremlin discussions about the construction of a new canal between the Caspian and the Black Sea. Though the new route would bypass the existing waterway, it would help keep this international east-west trade route entirely on Russian territory rather than have it shift to intermodal traffic through Azerbaijan or Iran (see EDM, August 6, 2020).

Over the last few months, analysts close to the Kremlin have again begun talking about the construction of a new canal across the North Caucasus. In a recent Svobodnaya Pressa article, Moscow strategic analyst Aleksandr Sitnikov argues that silting up of the Volga–Don Canal has made it too shallow in summer months to handle most ships. A new man-made waterway would, thus, represent both an economic and geopolitical breakthrough for Putin. Sitnikov acknowledges that the new canal could cost as much as $18 billion. However, this so-called Eurasia Canal would cut the distance by ship between the two seas from more than 1,000 kilometers to 680–850 kilometers and, thus, reduce the time needed for passage. So the investment would presumably be quickly earned back (Svobodnaya Pressa, March 15, 2021 and May 19, 2021; see EDM, March 26, 2019).

The appearance of Sitnikov’s article suggests Moscow is again actively thinking about building the canal across the North Caucasus. Russian authorities considered such a mega-project half a dozen years ago but postponed it at that time. Not only was cost a huge stumbling block, but another concern revolved around rising tensions between two federal subjects, the Kalmyk Republic and Dagestan, over its route and over the control of the Caspian Sea port at the proposed canal’s eastern end. The tensions have eased now, and a compromise has been reached: according to the latest plans, the Eurasia Canal will traverse through Kalmykia, as Elista wants, but Dagestan will control the eastern entry/exit port, as Makhachkala had insisted on (see EDM, September 5, 2019 and March 3, 2020).

Additionally, three larger developments appear to be behind Moscow’s renewed interest. First, Russia has been moving Caspian Flotilla vessels back and forth between that naval unit’s home base and the Sea of Azov/Black Sea to put pressure on Ukraine. A new, larger canal would allow Moscow to make such redeployments more quickly. And by making the project a national security priority, the Kremlin can sidestep any domestic objections over the projected cost (see EDM, April 13, 2021).

Second, Russia is increasingly concerned about Chinese, Azerbaijani and Iranian efforts to promote east-west trade that bypasses Russian territory. Such efforts have gained prominence because these countries rely primarily on the increasingly important container traffic rather than on the bulk cargoes Moscow has focused on. By opening a new canal, Moscow can become a primary route for trans-Eurasian container traffic (Yandex.ru, April 11).

And third, Iran has resumed talks about working with Russia to build a canal between the Caspian and the Persian Gulf (see EDM, April 29). This project would be much more attractive to Moscow if it were to link to a Russian east-west canal across the North Caucasus. One indication of how these two projects are related is that Tehran talked about such a canal five years ago, while Moscow was discussing a canal across the North Caucasus, but dropped the idea when Russia appeared to shelve its plans (Vzglyad, May 25).

Obviously, neither of these canals is going to be completed anytime soon. However, they may now be less of a financial burden if Moscow expands on its plans to use cheap prison labor for construction work (Openmedia.io, May 27). Russia is currently sending prisoners to work on the Baikal–Amur Mainline (BAM) railroad, and it could easily do the same for these canal projects.