Today, 28 May, Azerbaijan is marking one of the most striking and significant days in its history –the 104th anniversary of the founding of the Azerbaijan Democratic Republic (ADR)—the first democratic and secular state with a parliamentary form of government in the Muslim World. 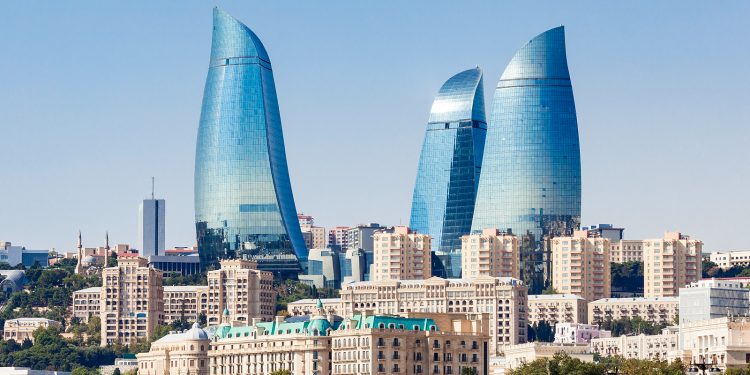 It is one of the brightest pages in the history of the Azerbaijani people, which commemorated the country’s unification. The founding fathers of the Azerbaijan Democratic Republic, Mammad Amin Rasulzadeh, Fatali Khan Khoyski, Nasib Yusifbeyli and others, were committed to building a parliamentary republic in a country with a population. With the South Caucasus becoming a scene for the confrontation between various powers both disappearing and triumphing in the world war, the Azerbaijani people were subject to ethnic cleansing by neighbouring nationalists. At the same time, a group of progressive, Western-minded people proclaimed the first parliamentary republic in the Muslim East. Thus, the 28th of May is not only an Azerbaijani date; it should be an important date throughout the whole region as it celebrated democratic and republican values. And these values could be a guiding star for many peoples in the 21st century.

The values guided the development path of the ADR which also created by officials of ADR are even currently the signs of global goals the world would like to reach.

Within a short time, the main state institutions were founded and divided into three branches of governance. Six months into the independence, the Azerbaijan Democratic Republic also celebrated a parliament which reflected all ethnic and religious groups in the country. With 80 seats to the largest ethnic group – Azerbaijanis, 21 – Armenians, 10 – Russians, 1 – Germans, 1- Jews, 1 – Georgians and 1 to Poles.

One of the most remarkable legislative acts passed by the ADR’s parliament was an election law based on universal suffrage—thus, giving women the right to vote in elections before many Western European countries and the United States did. The law allowed all political parties to compete in elections and gain proportional representation in parliament. The rich and diverse political culture at the time was reflected in the inclusive nature of parliament that comprised all major political groups as well as representatives of local minorities—Armenians and Russians.

The Parliament’s work directly complied with the Statute of Azerbaijan’s Parliament which played the role of its charter. Based on the Parliament’s Statute, the parliamentary sessions beginning from the very first one were necessarily held only in the Azerbaijani language. Other national representatives, however, could speak the Russian language.

The high level of representation in the Parliament became the main reason for a democratic state without a doubt.

Despite hardships and financial shortages, the Azerbaijani authorities sent 100 young people to various educational institutions in Germany, France, Italy and the United Kingdom.

Despite a short life of 23 months, ADR became a great school for democratic Azerbaijani intellectuals around the world. After the collapse of the Soviet Union, Azerbaijan regained its independence, declaring itself the heir of the ADR in 1991 and restoring the attributes of the ADR – the flag, emblem and anthem. The Azerbaijan Democratic Republic, established in 1918, is our national treasure, the brightest page in the history of Azerbaijan. And the next years and decades are significant stages in the life of the country which are marked by vivid events, and great achievements of the Azerbaijani people. That’s all taken together created the economic, intellectual and cultural potential of the current independent Azerbaijan. The establishment and activities of the Democratic Republic showed the world the independence of Azerbaijan and the realization of the dreams of freedom of the Azerbaijani people who cherish their statehood.

It is a historical fact that Azerbaijan is one of the few countries that has gained State independence twice in the last century. It is very proud to take a look at the recent history of Azerbaijan, the socio-political environment that took place in our country just 30 years ago, the events that we lived in chronological order in a short way, and to remember once again the enormous successes we witnessed today at the expense of the difficulties.

It is worth noting once again that, the name of the eternal leader is engraved in the national consciousness of the Azerbaijani people as the founder of modern Azerbaijan. Haydar Aliyev laid the foundation for the formation of a great ideology, philosophy of national statehood and national self-consciousness in Azerbaijan and this reaffirms that the unity of people and power is unshakeable, eternal and based on a solid foundation.

Since 2003, President Ilham Aliyev has made multicultural values and tolerance a priority and has authored international forums and events around the world as a heritage from the Azerbaijan Democratic Republic. Azerbaijan insist on talking about the country as one of peaceful , tolerant and multicultural coexistence between representatives of all religions, in addition to national and ethnic minorities, and that this model of tolerance should be encouraged throughout the world.

In those days, the next “Kharibulbul” Musical Festival was held in Shusha – the cultural capital of Azerbaijan in accordance with President Ilham Aliyev’s instruction, by the organization of the Heydar Aliyev Foundation. Within the framework of the festival, the music of various nations living in Azerbaijan was presented under the title of “The multiculturalism in the Azerbaijani music”. This is a clear sign of multiculturalism, and proof of diversity in unity in Azerbaijan. The country aims at preservation, development and harmonization of the cultural diversity of the representatives of various religions and nationalities separately and in the entire world in future too.

Today, South Caucasus rebuilds itself. The peace talks in the region are in a new path. A reconciliation period is now setting in after the “peace treaty”.  The post-war period in the region attaches special importance to the restoration of the social, political, cultural, and economic ties.  And this process now needs a more multicultural approach than past.

Without a doubt that Azerbaijan, as a country of a century’s witness to multiculturalism, will provide all efforts to sustain the peace and to provide restless development not only for the Caucasus but the entire region.

Mazahir Afandiyev, Member of Parliament of the Azerbaijan Republic