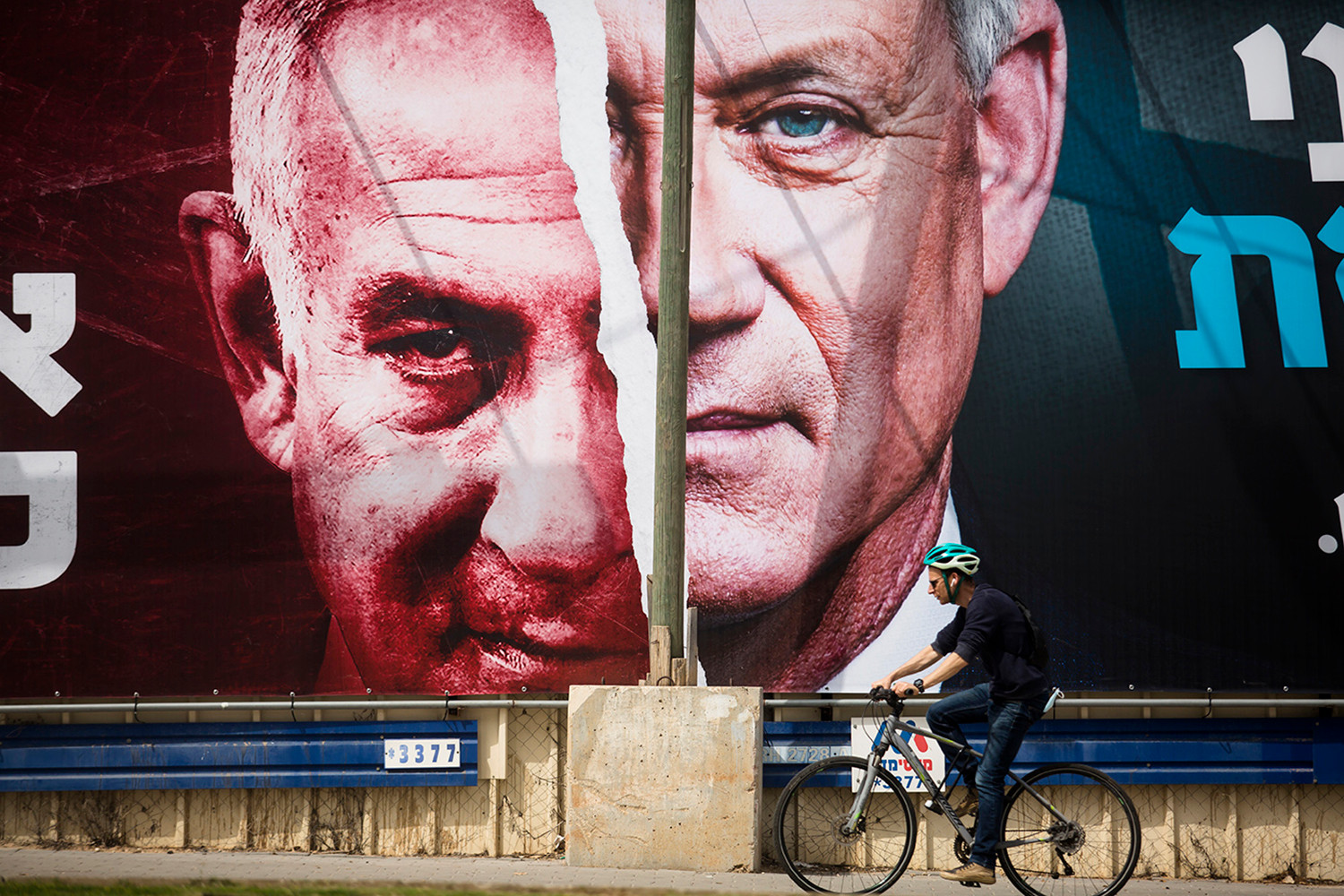 Israeli Prime Minister Benjamin Netanyahu was still at his office in Jerusalem, getting ready to board the plane for a triumphant bilateral summit in the UAE capital, Abu Dhabi.

Together, Bin Zayed and Netanyahu were planning to unveil some $10 billion in joint infrastructure projects that would knit the Middle East together with a rail network running 1,100 miles from the Mediterranean coast to the Persian Gulf. The UAE would finance construction of a deep-water port at the Israeli end of the Red Sea. A pipeline pumping oil between Israel’s Ashkelon and Eilat terminals would be connected to the Arabian Peninsula either by tanker or through a possible new 430-mile underwater pipeline through the Red Sea to Saudi Arabia’s Yanbu terminal.

Then, at midday on March 11, the three-hour flight was aborted. Netanyahu had been grounded in a diplomatic circus involving Jordanian King Abdullah’s 26-year-old son Crown Prince Hussein, Israel’s Shin-Bet internal security agency, and Jerusalem’s Al-Aqsa mosque, the third holiest site in Islam. Jordan had refused to let the Gulf-bound flight traverse its airspace, ostensibly to retaliate for Israeli restrictions on access to the mosque. In reality, Abdullah was striking back for years of diplomatic snubs by the Israeli leader.

The political bedlam got even worse a week later, shaking the foundations of the new Israeli-Arab peace deals known as the Abraham Accords. Israel had signed the groundbreaking agreements with the UAE and the Kingdom of Bahrain at a White House ceremony choreographed by former U.S. President Donald Trump last September. This time, the UAE itself scratched Netanyahu’s follow-up attempt to hold the summit, publicly accusing him of trying to exploit the petroleum-rich Gulf state for his teetering campaign to win the country’s March 23 elections. “The UAE will not be a part in any internal electioneering in Israel, now or ever,” wrote Anwar Gargash, an influential royal adviser and former UAE foreign minister, in a tweet.

While Netanyahu’s stunts were embarrassing, Gulf-Israel rapprochement appears intact, even if the Trump-brokered accords may need to be modified to pick up U.S. President Joe Biden’s support. Initially clinched with a $23-billion sale of U.S.-made F-35 Stealth fighter jets and armed MQ-9B aerial drones to the UAE—currently suspended for scrutiny by the new administration—the normalized ties are grounded in lucrative infrastructure deals and a growing raft of joint ventures between private Israeli and Arab firms.

In reality, Abdullah was striking back for years of diplomatic snubs by the Israeli leader.

Construction groups contemplating bids for the Israel-Gulf rail project, which would cross through Jordan and Saudi Arabia, are said to include U.S., European, Russian, and Chinese companies. Israel already operates a train route running east from its Haifa port to the Jordanian border. The new “Tracks for Regional Peace” plan would bring Spanish produce or German industrial parts from European ships docking in Israel to the Gulf States. The project would resuscitate Jordan’s 112-year-old Hejaz railway to connect with a new train network being built in Saudi Arabia and reach Gulf ports.

The Netanyahu-Bin Zayed summit was also expected to kick off the deep-water port project, funded by Abu Dhabi’s $580 billion sovereign wealth fund and enabling supertankers to dock in Eilat, next to the Jordanian port city of Aqaba. Ships could carry crude oil from Saudi Arabia and pump it through the Israeli pipeline to the Mediterranean Sea and on to Europe. In the other direction, Central Asian and European oil could traverse the land bridge to reach ships at the Red Sea port that would then sail to China, Japan, or South Korea.

Digging deep into Eilat’s seabed, however, faces growing opposition from Israeli environmentalists who say it will kill the area’s delicate coral reserve, a mecca for scuba divers, and risk environmental disaster with a future oil spill. Concerns have been amplified over the past month with a Mediterranean oil leak from a still unidentified tanker that polluted Israeli beaches with globs of black tar.

While the train and port projects were still being negotiated late last year, Israel’s state-owned Europe Asia Pipeline Co. Ltd. (EAPC) and UAE-based MED-RED Land Bridge Ltd. had already signed a memorandum of understanding in an Abu Dhabi ceremony attended by then-U.S. Treasury Secretary Steven Mnuchin. The deal piggybacks on the Israeli company’s existing 160-mile conduits for piping crude oil and petroleum distillates. It anticipates their being connected to the Gulf network through Saudi Arabia’s East-West oil pipeline by ship or a new underwater pipeline.

Besides oil, EAPC says it is also developing plans to transport natural gas between its Mediterranean and Red Sea terminals for onward transport. Israel has discovered abundant gas deposits off its Mediterranean coast over the last 20 years and has signed export deals with Greece and Cyprus, and could become a supplier for Italy and other countries in Europe. Drilling at the offshore Leviathan gas field was carried out by an Israeli-American consortium led by Houston-based Noble Energy, which was bought for $5 billion in stock last year by Chevron, the world’s seventh biggest oil company. EAPC CEO Izik Levy told Foreign Policy before the Abraham Accords were signed in September that the planned alliance with the UAE “opens a lot of doors and opportunities” for the Israeli company.

Led by Chevron, other U.S. and international energy companies have shed the historical reluctance they once had to deal with Israel—for fear of violating a 75-year-old Arab boycott, Levy said. Even after the U.S. Congress declared the sanctions illegal in 1977, dealing with Israel remained toxic for Big Oil. Israel obtained the bulk of its energy supplies through often covert deals with countries such as Azerbaijan and Mexico.

While political hubris may have rattled some of the goodwill that was evident on the south lawn of the White House last year, an about-face by Emiratis and Israelis looks unlikely. Israel’s strategic position as a geographical shortcut between continents and the Gulf States’ judgment that engaging with their former enemy presents abundant business opportunities mean that doors should open for many more Israeli-Arab deals in the fast-evolving Middle East.

Netanyahu, the Jewish state’s longest-serving prime minister, has meanwhile poured his all into the final days of his reelection campaign, hoping also to pass legislation that would postpone a corruption trial in which he pleaded not guilty in February. His calculation is that any affront to Bin Zayed in Abu Dhabi for mixing business and elections can be remedied if Netanyahu wins an unprecedented seventh term next week. Polls predict a stalemate. How ironic it would be if Netanyahu, after pioneering an alliance in the Gulf that has revolutionized Israel’s economic and security position in the Middle East, lost the election only because he neglected and spurned his country’s much poorer Arab peace partner across the Jordan River.

Jonathan H. Ferziger is a Jerusalem-based non-resident senior fellow at the Atlantic Council and a former Middle East correspondent for Bloomberg News.