"It’s nice to see plenty of young people at our events who are interested in the Jewish way of life, who want to learn more about our traditions and customs." 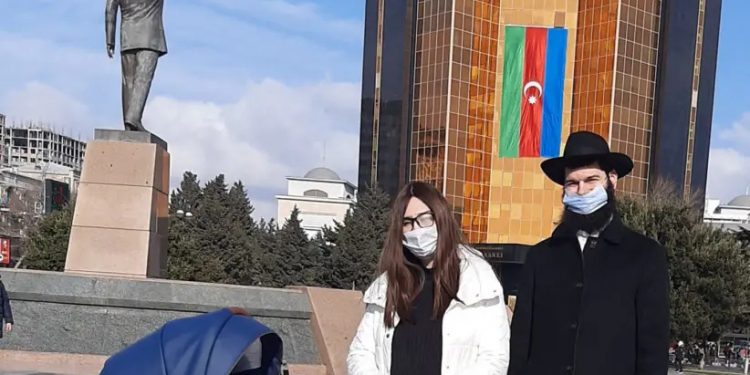 Rabbi Nakhshon Yunaev, from Moscow, was eager to come to Baku to run Jewish youth programs in the Azerbaijani capital, despite offers from other European countries, the ongoing coronavirus pandemic and a recent military conflict in the region.

Yunaev arrived in Azerbaijan about a month ago and originally worked at the Moscow Jewish Community Center, where he initiated Yeshivot Erev, a Torah-study program for students and young adults.

“Because of the pandemic, we have very small group classes, as well as online classes, but despite the challenge, we’ve already gotten to know many members of our community,” said Yunaev in a press release.

“It’s nice to see plenty of young people at our events who are interested in the Jewish way of life, who want to learn more about our traditions and customs. We motivate them to look within themselves to find the human traits of helping others, solidarity, and brotherhood and try to develop their inner talents. We also organize various seminars, lectures, and Shabbat programs. The scope of our activities is constantly growing. For me, being a shaliach (envoy) means being fully devoted to working with Jewish youth.”

Jewish students from Azerbaijan used to take part in seminars and trips in Italy, Spain, Switzerland and the US regularly before the pandemic and a group of young Jews from Azerbaijan and Russian recently visited Dubai.

Yunaev explained that moving to Baku was partially a personal decision.

“Although I grew up in Moscow, I am a ‘Mountain Jew,'” said the rabbi. “I finished my first yeshiva there, then continued my education in Israel and the United States. I received job offers from Germany, Israel, Cyprus, Estonia, and other countries where Russian-speaking rabbis are needed, but it was an honor for me be invited to work with the Chief Rabbi of Azerbaijan, Shneur Segal. I think the locals also prefer to have a rabbi who grew up with the same traditions they grew up with.”

Yunaev’s wife, Eden, is originally from Baku and her family still lives in the city. She now runs a Jewish home and organizes events for girls.

The rabbi also decided to move to Baku despite a recent military conflict between Azerbaijan and Armenia.

“My wife’s relatives told us about what happened here,” said Yunaev. “We know that everybody was ready to help and support each other during those difficult times. It did not stop us from coming here. On the contrary, in situations like these, people need additional support, and we are ready to provide it. For us, it was important to know that we were going to help the Jews of Azerbaijan.”

Segal’s family has known Eden’s family for a long time. Segal called Yunaev one of the “most promising young Russian-speaking rabbis.”

“He has the right experience for the job,” said the chief rabbi. “Of course, it’s an advantage that he comes from a family of ‘Mountain Jews;’ his wife was born and raised in Baku and is a graduate of our school. They understand the local culture, its mentality, traditions, and customs, giving them a common language with the local youth. It would normally take a lot of time for a new rabbi to adapt and understand, but Nakhshon was able to get his bearings very quickly.”

Azerbaijan is home to the largest Jewish community in majority Muslim countries. Over 350 young Jewish people between the ages of 18 to 35 take part in community events in Azerbaijan. 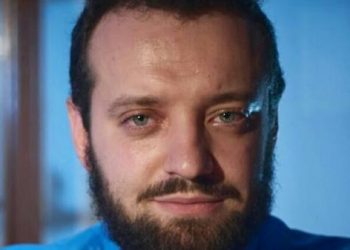 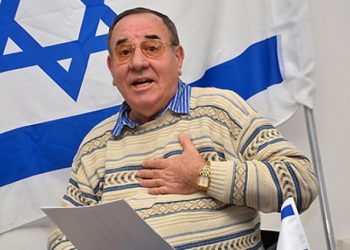 Alex Vexler: Tens of thousands of Israelis are waiting for the Azerbaijani embassy to open in Israel