Today, the word "trend" is naturally encountered in various areas of social activity. Trends and tendencies appearing in different spheres of human life, such as fashion, politics, technology, marketing, the Internet, science, etc., as well as speaking and writing about it, can also be understood as an attitude to processes. 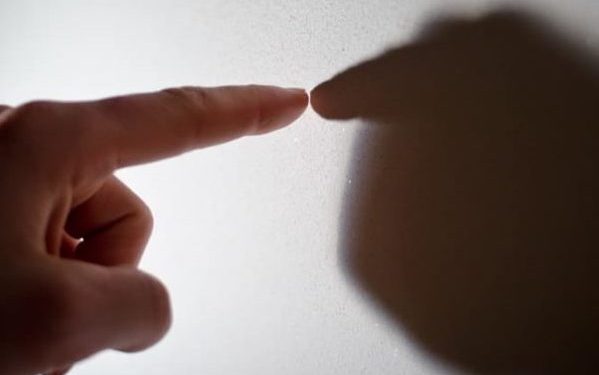 The reaction of the society to many occasionally emerging trends has always been ambiguous and reflected different approaches.

But what about the criticism trend, does it exist?

The choice of the title of the article may undoubtedly baffle the reader. However, in modern times, criticism has become a kind of trend and lost the regulatory and guiding function it had in previous periods.

It is important to note that freedom of thought is essential for the development of critical thinking. It is on this ground that the clash of different opinions and views, their polyphony, will eventually lead to development and progress in all areas. Undoubtedly, the polyphony of opinions in the public consciousness, freedom of thought, objective criticism is one of the important factors that will lead to development and progress.

However, we should remember that criticism requires not only courage and principle, but also an objective position. At the same time, critical thinking must be based on well-grounded knowledge.

But, unfortunately, we can hardly see it now. It is as if there is a trend of ubiquitous artificial criticism, which involves an unfounded and biased approach. Everyone expresses their well-founded or unfounded critical opinion on matters not only in their area of expertise, but also in other areas, seeking to impose their subjective opinion on individuals in society.

We have seen a clear example of this during the Patriotic War, which played a critical role for our country in the political arena and opened a new page of our history. During that time, everyone felt compelled to say something, share their well-grounded or baseless opinions, and wanted to change and direct people’s views by all means available.

If we approach the issue from a historical perspective, it should be noted that the foundation of modern scientific and literary criticism with new content in Azerbaijan was laid by Mirza Fatali Akhundov. The arrival of the Russian Empire in the Caucasus during the time in history when the great thinker lived and created was a complicated period in which many political, social and cultural processes in Azerbaijan took a new turn. These pages of national history are dressed in comedy in his work, perhaps because in the period of “merging cultures” (provisionally East and West) many tendencies in our public life collided and overlapped, and Akhundov’s whole life was lived in the context of these conflicting events.

As a result, Mirza Fatali Akhundov became one of the first to create an amalgamation of Eastern and Western cultures, taking advantage of all the positive aspects of the concept of “merging, intersecting” cultures as a strong reference point. Describing the life of the Azerbaijani society of that time through the prism of satire and humor, Akhundov brings the aesthetics of public laughter to Azerbaijani culture with his comedies and other critical works.

In the subsequent period, important personalities appeared among the thinkers who carried out this mission, and time nurtured such great historical figures as Mirza Jalil and Sabir, Uzeyir Hajibeyov and Abdurrahim bey Hagverdiyev. These thinkers approached the events in the context of the historical process, substantiating their ideas in their works from both artistic-cultural and scientific-theoretical points of view. The effectiveness of their criticism also stemmed from the important unity of these factors.

One of the important issues in our modern society is that the nature of the sharp and effective criticism that existed in the history of Azerbaijani social thought has changed and arrived at completely different ideas and notions, turning into some sort of fashion. Today, it would be no exaggeration to say that it is manifested in almost all areas of life, be it in the public sphere, in political analysis, or in culture.

This unpleasant tendency can also be observed in music. Looking from the height of modern experience, through the prism of post-modernism, the view of and attitude to music culture requires a critic to be a person of great erudition and broadest worldview. Cultural analysis allows us to present music criticism as a complex phenomenon combining many points of social consciousness and synthesizing the principal layers (elite-mass, scientific-popular, etc.) of the modern system.

That is, it is important to approach modern music criticism in a general aesthetic and cultural-historical context, to reconcile it with the new era, to correctly formulate the range of problems, and to offer solutions. An objective critical approach to the musical events and individual pieces of music will help create a bridge between the author and the audience, as well as to influence the formation and development of the aesthetic taste of the latter and to guide it in the right direction.

Criticism should play a leading role in the process of perception, development and promotion of modern academic music.

However, unfortunately, the works that clearly present the events of various periods of Azerbaijani musical culture in the twentieth century and critical views of those event, let alone modern Azerbaijani music, are few or almost non-existent. When I read some of the available works and articles, I recall the famous article “Alarmism” (Yeni Iqbal, October 26, 1915, No 151) by the ingenious Uzeyir Hajibeyov. “On the contrary, we have ‘critics’, that is, false critics whose conscience allows them to call good bad and bad good.

The criticism trend obviously already existed at that time, and many mentioned similar examples in their writing. It is deeply regrettable that the attitude to works of both academic and popular music lacks a basis for logical thinking. As they say, we turn disagreeable pieces that can harm aesthetic taste into an object of laughter and create a phenomenon, and then we start criticizing it. So we want both laughter and evolution.

But our attempt is failing. We are laughing, but we are not evolving. Because the pieces, turning into a phenomenon, become popular and affect tastes. This is manifested in every domain. From this we can conclude that criticism must have a logical basis and an exact address.

As Uzeyir bey’s article “Shepherd” (“Irshad”, July 25, 1906, No 174) puts it, “…Otherwise, poor readers are confused and lost by non-critical articles and end up sighing, ‘what nonsense!’ and probably yawning.”