Note to Yerevan: the duration of the peacekeeping mission of the Russian Federation is up to Azerbaijan

Secretary of the Security Council of Armenia Armen Grigoryan made a number of very curious statements. In an interview with Armenian Public Television, he emphasized that Russian border troops would be deployed on the Armenia-Azerbaijan border and may stay there even after the process of border demarcation is complete—in case the Armenians, as Grigoryan put it, “do not have enough of their own manpower”. 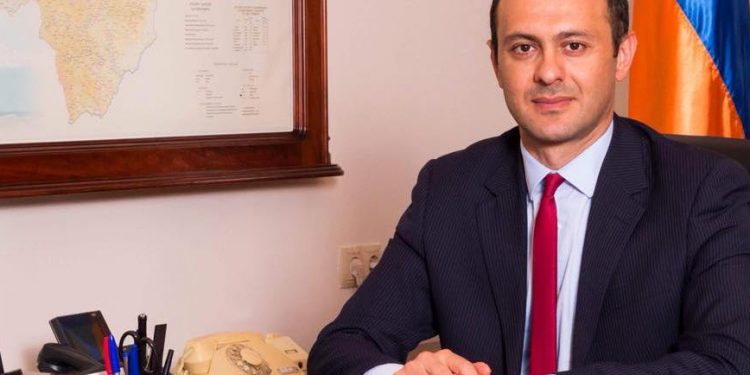 As for the presence of the Russian peacekeeping forces in the certain part of the liberated Karabakh region of Azerbaijan, Grigoryan expressed confidence that the Russian peacekeepers would not leave that territory in four and a half years (as per the relevant provision of the trilateral statement the leaders of Azerbaijan, Russia and Armenia signed on November 10, 2020). What makes him so confident? You see, he was “assured of this by his Russian colleagues.”

The first conclusion that follows from these statements is that they confirm Armenia’s absolute helplessness. A failed state, formally considered an independent entity, is in fact insignificant to the extent of being unable to put its own border guards on its borders. Moreover, the blow of Azerbaijan’s “Iron Fist” knocked Armenia down so low, rendering it incapable of any independent action, that even Armen Grigoryan, who has a reputation for being a perfect “Soros henchman”, is now the herald of anti-Western Russia taking full control of Armenian security.

A number of events that have recently taken place in the context of “strategic Russian-Armenian relations” fit into this trend, so humiliating for a sovereign state. These events include the beginning of negotiations on expanding the Russian military presence in Armenia, and the decision of the Armenian government to allocate land plots in the Syunik region, that is, in Zangezur, with the right of free use to the Border Department of the Russian FSB in Armenia, as well as numerous statements by Armenian leaders of various rank, literally begging for Moscow’s help with the protection of the Armenia-Azerbaijan border.

Of course, Armenia is free to invite any external forces to defend its borders, all the more so that it has never seen anything shameful in it for its so-called sovereignty since the beginning of its so-called independence. So, with regard to this part of Grigoryan’s statements, it is hard to find fault with the political and legal motivation of Armenia’s pro-Russian aspirations, even it testifies once again to the complete failure of its existence as a state.

However, by expressing his opinion on the duration of stay of the Russian peacekeeping forces in the territory of Azerbaijan, Grigoryan is clearly minding a business that is not his own. Obviously, it is not easy for Armenia, who is used to being in a suzerain-vassal relationship with Russia, to comprehend that Azerbaijan has its own traditions of dialogue with the great northern neighbor—traditions of equal partnership and good neighborliness. Therefore, the issues of further extension or completion of the five-year period of stay of the Russian peacekeepers in the mountainous part of Karabakh envisaged by the trilateral statement will be decided by Azerbaijan first and foremost. Whatever decision Azerbaijan makes, it will be made on the basis of its national interests and the interests of peace in the region—which, in fact, is fully consistent with the letter and spirit of said trilateral statement. In this regard, “confidence” or any other feelings Grigoryan may have about the matter are absolutely immaterial.

As for the alleged “assurances” the Secretary of the Armenian Security Council received from the “Russian colleagues”, first, we do not know whether what Grigoryan said is even true. Second, if it is true, then the “Russian colleagues” clearly did not bear in mind that Armenian politicians, faithful to their “ancient” habit of indulging in wishful thinking, often interpret signals in foreign relations too literally, unaware of the real meaning, background, rationale and prospects behind them…

And, most importantly, no matter who may “assure” Armenia of anything, it is in the interests of the latter to finally understand that only a lasting peace with Azerbaijan can give it real guarantees of security, including border security. Only this, still real, possibility can lay the foundation for Armenia’s much greater confidence in the future than what the Secretary of the Armenian Security Council chose to use as his spotlight—obviously for domestic consumption.