Every history book says that women were granted suffrage in Azerbaijan as early as 1918. Curiously, the first election law was adopted on July 21, 1919, in the period of the Azerbaijan Democratic Republic. 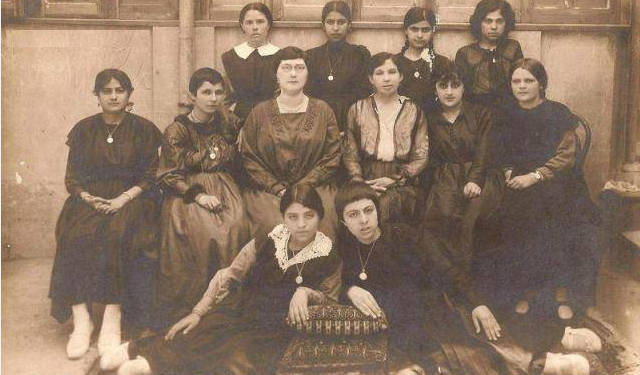 On the other hand, the decree on the Constituent Assembly elections in Russia was issued on July 20, 1917, awarding voting rights to women across the country. This meant that women of Azerbaijan were granted the right to vote as well, as Azerbaijan was part of Russia. Then what exactly happened in 1918?

One source points out that women’s suffrage was enshrined in the Declaration of Independence. In fact, Paragraph 4 of the Declaration states that “the Azerbaijani Democratic Republic guarantees to all its citizens within its borders full civil and political rights, regardless of ethnic origin, religion, class, profession, or sex.” However, the Declaration did not take the form of a constitution or any other law, only proclaiming the basic principles. After the declaration, the basic principles had to be adopted in the form of a law. For example, even though the ADR government declared the recognition of everyone’s civil rights, one of its first decrees was to repeal the Land Law adopted by the Transcaucasian government. The law recognized peasants’ land right. However, the ADR government did not recognize this right in practice and even restored some laws repealed in 1917.

Getting back to the subject, on June 23, the ADR government decreed to “let the laws of Russia and the Transcaucasian Democratic Federative Republic stand.” That is, all the laws that existed in Russia remained in force (including the law on elections). The special law on elections in Azerbaijan would be adopted only in peacetime. In other words, an election was virtually out of the question in 1918, and suffrage was not generally recognized as a separate right. The relevant law was not adopted until 1919. Chapter 2 of the law adopted on July 21, 1919 stated that “citizens of both sexes who have reached the age of 20 before the voting day have the right to participate in the elections to the Constituent Assembly.” However, this right was never exercised: no elections were held in Azerbaijan during the ADR (at least two elections were to be held: to the Constituent Assembly and to the Baku City Council. Unlike other South Caucasus republics, the Constituent Assembly elections were postponed until the end).

Did Azerbaijani women vote in 1917-1920? According to available sources, women of the country did indeed exercise their right to vote in 1917.

In 1917, Russia adopted electoral legislation that was extremely liberal for that period. There was only an age limit for exercising the right to vote. Russia is the second country in the world after New Zealand to grant its entire population voting rights, and in New Zealand the age limit was 21, while in Russia it was 20. The relevant decree was issued on July 20, 1917. As Azerbaijan was a Russian province, the law also applied to us.

Interestingly, the law was adopted under the Provisional Government and first implemented shortly after the October Revolution. The general election began on November 12, 1917. However, given the technology of the time, it did not happen on the same day everywhere: in some places, the voting occurred two weeks or even one month later.

It is difficult to find comprehensive data on Azerbaijanis and the population of the current territory of Azerbaijan of that time in general. Most of this information is in the archives and, unfortunately, has never been published. We can only reconstruct the events using some Russian sources. The overall general election statistics (i.e., the number of voters and the electoral lists) are known, but the information on individual regions is hard to find. Finding and publishing the data for each region in Russia is up to local researchers, as the situation was not particularly stable in November and December of 1917. There was no system in data collection either. The key information to be recorded was the total number of voters and the lists of candidates, while the rest was largely neglected. Thus, the relevant documents remained in various archives all over the country (never sent or never delivered). It takes time to find them, and nobody in Azerbaijan dealt with these matters.

Table. Voting data for some cities of Azerbaijan.

Odd resolutions were made in some areas as a result of weak governance. For example, the country’s legislation was not to restrict women’s voting. However, we see something different in the example of the village of Tikhvinskoye in Tobolsk Governorate, where the resolution of the village community reads: “We find women having equal rights with us as strange, and we will not allow women to vote no matter what.”

In Azerbaijan, the situation was completely different. women were more active in the elections across the country in general, especially in cities. For example, if the number of male voters in Baku was 50%, the figure for women was 56%.

Interestingly, according to local newspapers, 77% of Muslim (i.e., Azerbaijani) women voted, although, of course, Azerbaijanis made up 21.4% of the population in Baku (Baku villages and working-class districts were not part of Baku) at the time. Most of them voted for Musavat. According to L.G. Protasov, the researcher who published this information, the figure may have been exaggerated by local newspapers, who they were “fascinated” by the active participation of Muslim women. For reference, for example, only 15% of women voted in neighboring Dagestan. In Crimea, on the other hand, the majority of women voted. According to local sources, they were simply given the ballots by their husbands to throw into the ballot boxes, not knowing who they were voting for (practically the carousel method used in vote rigging in our days).

Thus, women in Azerbaijan first exercised their right to vote in 1917, and exercised it very actively. No further elections were held until 1920. More than 100 years have passed since then, and the situation seems to have changed fundamentally. But this is a subject for another article. 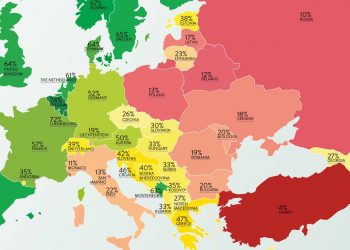