One killed in skirmish at Armenian-Azerbaijani border

One Armenian serviceman was mortally wounded in a skirmish at the Armenian-Azerbaijani border in the Gegharkunik Province, Armenian Defense Ministry announced Tuesday. 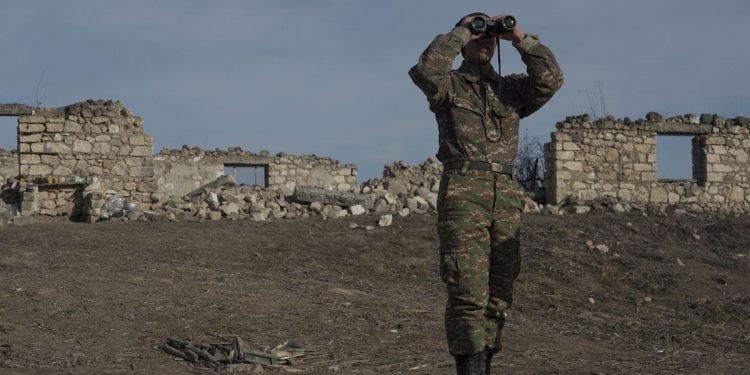 “An Armenian Armed Forces volunteer, Junior Sergeant V. Khurshudian was mortally wounded in a skirmish that broke out after the enemy opened fire in the border district of Verin Shorzha in the Gegharkunik Province,” the Defense Ministry said.

Earlier, the Defense Ministry reported a fire contact, registered near the settlement of Verin Shorzha at about 13:20 Moscow time, adding that “the enemy has fired at the Armenian positions.”

On Wednesday, the Armenian Defense Ministry announced that the Azerbaijani Armed Forces attempted to carry out “certain operations” in order to “adjust the border” in the Syunik Region. The Azerbaijani Forces reportedly stopped their operations after the Armenian Defense Ministry took reactive measures. Armenia views this incident as an attempt against its sovereignty. According to Pashinyan, the Azerbaijani forces traveled 3.5 km into Armenian territory. Later, Yerevan announced it contacted the Collective Security Treaty Organization over the border incident.