The exhibition "Discover the origin of our national heritage with the footsteps of Tour Heyerdahl to Azerbaijan" organized in Oslo with the support of the State Committee on Work with Diaspora and the initiative of the Norwegian organization “JAN” has aroused great interest in the local community. 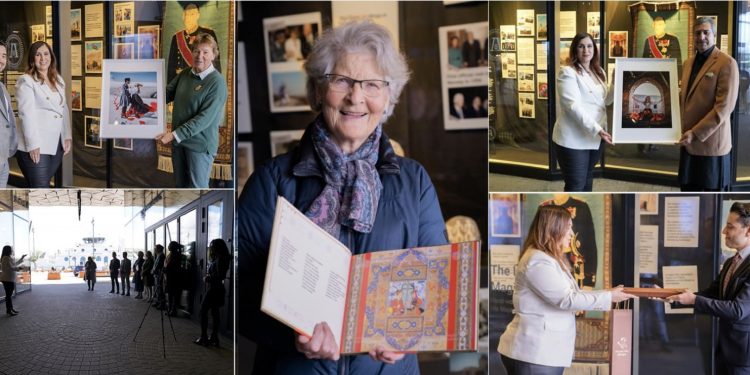 Congratulating Shervin Najafpur, chairwoman of the “JAN” diaspora organization, on the occasion of the grand exhibition, Marianne Borgen said such events played an important role in the development of relations between the two countries. “Such initiatives are especially important these days. The exhibition is really valuable and an important step towards diversity in Norway. It unites us.”

Turkish diplomat Aytach Ozkutuk drew the guests’ attention to the tourism potential of Azerbaijan’s Karabakh region, which was liberated from occupation last year. He said that the city of Shusha, which is already considered the pearl of Karabakh, has been declared the cultural capital of Azerbaijan, and the “Kharibulbul” music festival, which demonstrates its multicultural diversity, was held here.

It should be noted that, at the request of M. Borgen, the exhibition will be displayed at the Tour Heyerdahl House Museum in Larvik. The exhibition dedicated to the Azerbaijani-Norwegian relations, the friendly relations between the prominent statesman Heydar Aliyev and the famous Norwegian scientist and traveler Tour Heyerdahl started on May 17, 2021 and will last for 3 weeks.