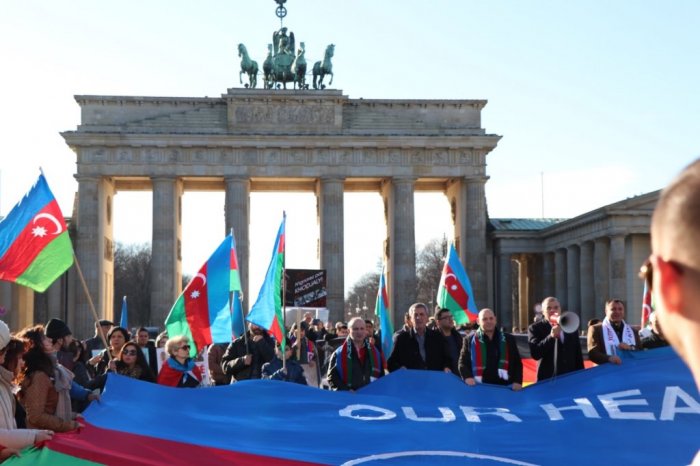 The new, 7th wave of the survey covers the years 2017-2020, and Azerbaijan is one of the surveyed countries. A total of 1,800 people from 39 cities and regions of Azerbaijan were interviewed in November and December 2018. 23% of the respondents were under the age of 29, 42% between 30 and 49 years old, and 35% were over 50. Here is how their life priorities were distributed.

This table makes it clear that family is seen as the most important value in Azerbaijani society. And if we look at the politics-related indicators, it becomes obvious why the most often used phrase about politics in the country is “I’m not into politics”. In this regard, Azerbaijan lags far behind the other countries of the region. For example, in Armenia, politics is very important for 8.5% of the respondents, and in Georgia, the figure is 12.9%.

It is curious that during the previous survey, which covered 2010-2014, this indicator in Azerbaijan was 7.7%. The questions included “If there were a national election tomorrow, for which party on would you vote?”, and exactly half of the 1,800 respondents answered, “None.” 40% said they would vote for the ruling Yeni Azərbaycan (New Azerbaijan) party, while 7.2% were unable or unwilling to answer this question. The second most popular party was the Popular Front Party of Azerbaijan—1% of respondents said they would vote for it.

That being said, 26% of the Azerbaijani respondents are sure that votes in elections are always counted fairly, 44% believe that the count is fair only sometimes, 8.5% think that it happens rarely, and 3.5% are convinced that votes are never counted fairly. 18% did not answer this question at all. 18% of the respondents believe that some candidates are sometimes or always prevented from running in the elections, and 26% believe that there are no obstacles for anyone. A quarter of the respondents did not answer this question.

In general, Azerbaijanis were among those respondents around the world who most often answered “I don’t know” to politics-related questions. For example, when asked about vote buying, 34% of the respondents answered “I don’t know”, and in this indicator, Azerbaijan ranks first among 77 countries. It is also quite remarkable that 67% of the Azerbaijani respondents believe that it is good for the country to have a strong leader who does not have to bother with parliament and elections. About 10% of the respondents believe that the army rule is a good way of governing the country. By the way, the figure is close to 24% for Armenians and 29% for Georgians.

In terms of the attitude to religion, Azerbaijan also differs dramatically from the other two countries of the South Caucasus. In our country, religion is very important only for 15.8% of the respondents, whereas the figure is 38.1% for Armenia, and a whole 67.5% for Georgia. Religion is considered the least important in Azerbaijan among all the Muslim countries surveyed.

With regard to abortion and divorce, the Azerbaijani respondents also showed a more tolerant attitude than their neighbors in the region.

On the questions concerning children, 45% of the respondents believe that the core values that children should learn at home are good manners, 60%—independence, 76%—hard work, 70%—feeling of responsibility, and only 23% want to develop imagination in their children, 26%—determination and perseverance, and 14%—religious faith.

As for the choice of neighbors, 94% of the respondents would not like to be neighbors with drug addicts, 86%—with homosexuals, and 25%—with people of a different race. When it comes to gender issues, only 26% of the respondents believe that university education is more important for boys than for girls. 60% believe that men make better political leaders than women do, and 62%—that men make better business executives. Only 2% of the Azerbaijani respondents believe that homosexual couples can be as good parents as heterosexual couples, and this is another indicator on which Azerbaijan ranks last among all countries surveyed.

Now on to happiness, well-being and trust.

19% of the respondents consider themselves very happy, and 61%—rather happy. 58% said their health was very good and good.

As for trust, 26% believe that most people can be trusted, and 67% think that we need to be very careful in dealing with people. Interestingly, in more economically developed countries, people have a higher level of trust. 99% of the Azerbaijanis surveyed trust their family members, 78% trust people they know personally, 65% trust their neighbors, 25% trust people of other religions and nationalities, and 14% trust people they meet for the first time.

92% of the respondents expressed confidence in the armed forces, 89%—in the government, 78%—in the police, 69%—in religious organizations, 61%—in the parliament, 57%—in the judicial system, 52%—in the press, and 31%—in political parties.

There were no members of any political party, charity or environmental organization among those surveyed. The number of people who at least once participated in a peaceful demonstration was 4%—also one of the lowest figures. Only 0.6% of the respondents, yet another lowest figure, ever joined in a boycott of anything. Finally, only 32% of the respondents (one of the three lowest indicators in the world) ever voted in local elections.

It is also interesting that 5.2% of the respondents are supporters of fully private ownership of business and industry, and 8.4% support fully state-owned business and industry. At the same time, 18% consider the competition good, and 3% think that it is harmful. 30% believe that the influx of labor migrants into the country has a positive effect on the economy. Those who hold the opposite opinion make up 18% of the respondents. 59% of the respondents see a high level of economic growth as the country’s top priority, whereas according to 23%, the country should prioritize having strong defense forces, and 10% believe the country’s most important goal should be making the cities and countryside more beautiful.