Pakistan and Azerbaijan ties to grow in times to come: envoy

Ambassador of Azerbaijan Ali Alizada has said that he is thankful to Pakistan and its people who have always stood by Azerbaijan over the conflict with Armenia, especially during the Patriotic War of Azerbaijan. 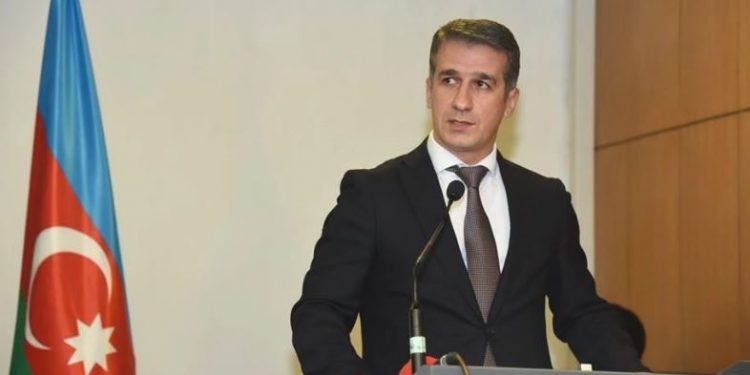 The Ambassador of the Republic of Azerbaijan to Pakistan Ali Alizada

Ambassador Alizada further said Azerbaijan has also supported Pakistan in all matters, including the Kashmir issue and “I am sure this mutual support to each other will be continued and further strengthened.” “From the first day of the restoration of independence of,” he added.

Ambassador Alizada further said he will miss his stay in Pakistan adding that he considers Pakistan his second home. He said he will continue to work for promotion and further strengthening of relations between the two countries wherever he goes.

Secretary General UBG Zafar Bakhtawri paid tributes to the outgoing ambassador. He wished him all the best in all his future endeavors. He said Ambassador Alizada during the last five years had put in his best efforts to promote and further cement relations between the two brotherly countries. “During these five years, people to people contacts between the two countries witnessed new heights besides deepening of trade and economic links,” he said.

Ambassador of Turkey Ihsan Mustafa Yurudakul in his remarks thanked the host for the sumptuous lunch and providing him an opportunity of meeting with a galaxy of friends hailing from various walks of life.

Senators Fauzia Arshad and Faisal Saleem also spoke on the occasion and recognized services of the outgoing Ambassador of Azerbaijan. Senator Faisal Saleem talked about business links between the two countries and assured he would do his best to further strengthen these relations.

The moment of the Minsk Group has passed