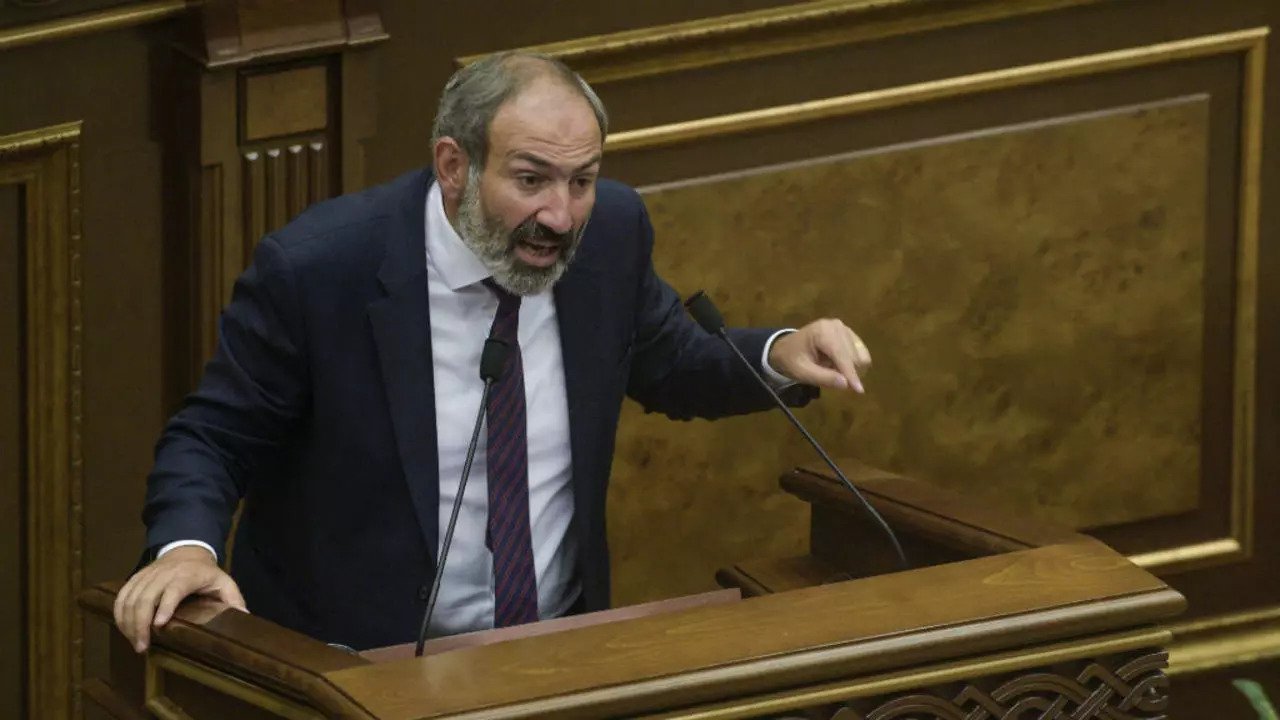 Armenian Prime Minister Nikol Pashinyan resigned from his post in a televised announcement yesterday April 25, but retaining the temporary post until the early parliamentary elections, scheduled for next June 20.

The outgoing premier will present himself as a candidate of the Civil Agreement party. The date of his resignation, explained Pashinyan, is particularly symbolic: he himself instituted “Citizen’s Day” in 2019, in honour of popular participation in the “velvet revolution” which then brought him to power, and now intends to “restore power to citizens “.

In reality, the opposition has been demanding his resignation since last November, after the disastrous conflict with Azerbaijan. The premier was accused of having succumbed to the enemy, accepting the peace agreements negotiated under Russia and Turkey. Even the katolikos (patriarch) of the Armenian Apostolic Church, Karekin II, along with other hierarchs had joined the opponents request.

Pashinyan tried to resist, blaming the defeat on the inability of the generals and opposition intrigues of the. The coup de grace, however, was his trip in recent days to the Syunik province, the scene of a new dispute with Azerbaijan. Syunik was the prestigious seat of one of the dynasties of the ancient kingdom of Armenia, that of the Syuni, since the first century BC. According to the trilateral agreements of 9 November 2020 between Russia, Armenia and Azerbaijan (with Turkey behind their backs), at the end of the conflict for Nagorno Karabakh, the road connecting the Azerbaijani capital Baku with the enclave of the Nakhičevan, in Armenian territory. In recent days, Azerbaijani president Ilham Aliyev declared that “this way the Azerbaijani people will return to Zangezur”, which the Azeris call Syunik.

The ancient province is a predominantly mountainous area, with large forests of considerable naturalistic interest, where Caucasian leopards still roam. Its inhabitants are not among the most loyal to the current leadership of Armenia, fearing that Pashinyan is ready to give up on their lands as well. For this reason, the premier himself went to Syunik between April 21 and 23, receiving rather a hostile welcome, with people shouting “Leave, traitor!”.

The outgoing premier thought he could regain the confidence of the population, and the trip to Syunik was of strategic importance in this campaign. Syunik is one of the areas that has suffered most as a result of the peace accords, due to its position south of Karabakh itself, and for being one of the major centers of opposition in the country.

Pashinyan had already tried to visit it last December, immediately after the war defeat, but the population blocked the roads, instigated by the local authorities themselves, and the premier had to be content with a short visit to the town of Sisyan, in the north of the region.

Before the 2020 conflict, Syunik lived in relatively calm conditions, bordering to the east with the Nagorno Karabakh still in Armenian hands, to the south with Iran and only to the west with the Azerbaijani Nakhičevan, divided by a steep mountain ridge. Now the Azeris surround the area from the east along the road, which has divided some villages between the two sides of the border.

This time Pashinyan managed to visit the main centres of the region, arriving without warning, but the social channels had announced his presence anyway, and there was no shortage of tensions especially in the southernmost cities, Agarak and Megri. The premier’s march was greeted by columns of heated protesters, also using terms such as “abortion of the Turks” and the insult siktir git (“get out of here”), a Turkish expression that Armenians use to humiliate their adversaries. As the car approached the local Agarak cemetery, protesters jumped on the hood shouting “come here, may the parents of the deceased soldiers spit in your face”.

In Sisyan, the premier also tried to visit the church of St. Gregory the Illuminator, apostle and protector of Armenia, but the local priest Pargev Zeinalyan refused to shake his hand, asking him to leave the sacred place (photo 2). At the end of the tour around the Syunik, the premier demanded the resignation of the local head of security, from whom he publicly stripped the badges, and the situation calmed down a bit, even if on the way back, people threw eggs at his car.

Syunik, or rather Zangezur, is also under discussion in Baku these days, following the speech by President Aliyev on television on the evening of April 20. Aliyev promised to open communication routes with the southern region “at all costs”, also restoring the railway already existing in Soviet times, whose tracks had been torn up by the Armenians, who will now have to restore them according to the peace agreements, guaranteeing transport safety.

The realization of the project is going rather slowly, due to the resistance of the local population. The main Armenian mediator in the negotiations, Vice-Premier Mger Grigoryan, conditioned the Syunik route to the reopening of all the sections of the Soviet period that connected the USSR to Iran. However, the Azerbaijani president warned that “if the Armenians do not open the corridor with good luck, we will do it by force”.

The threat of a new conflict will perhaps be decisive for the outcome of the next elections, in which Pashinyan is confident of relaunching his image as “leader of the people”.