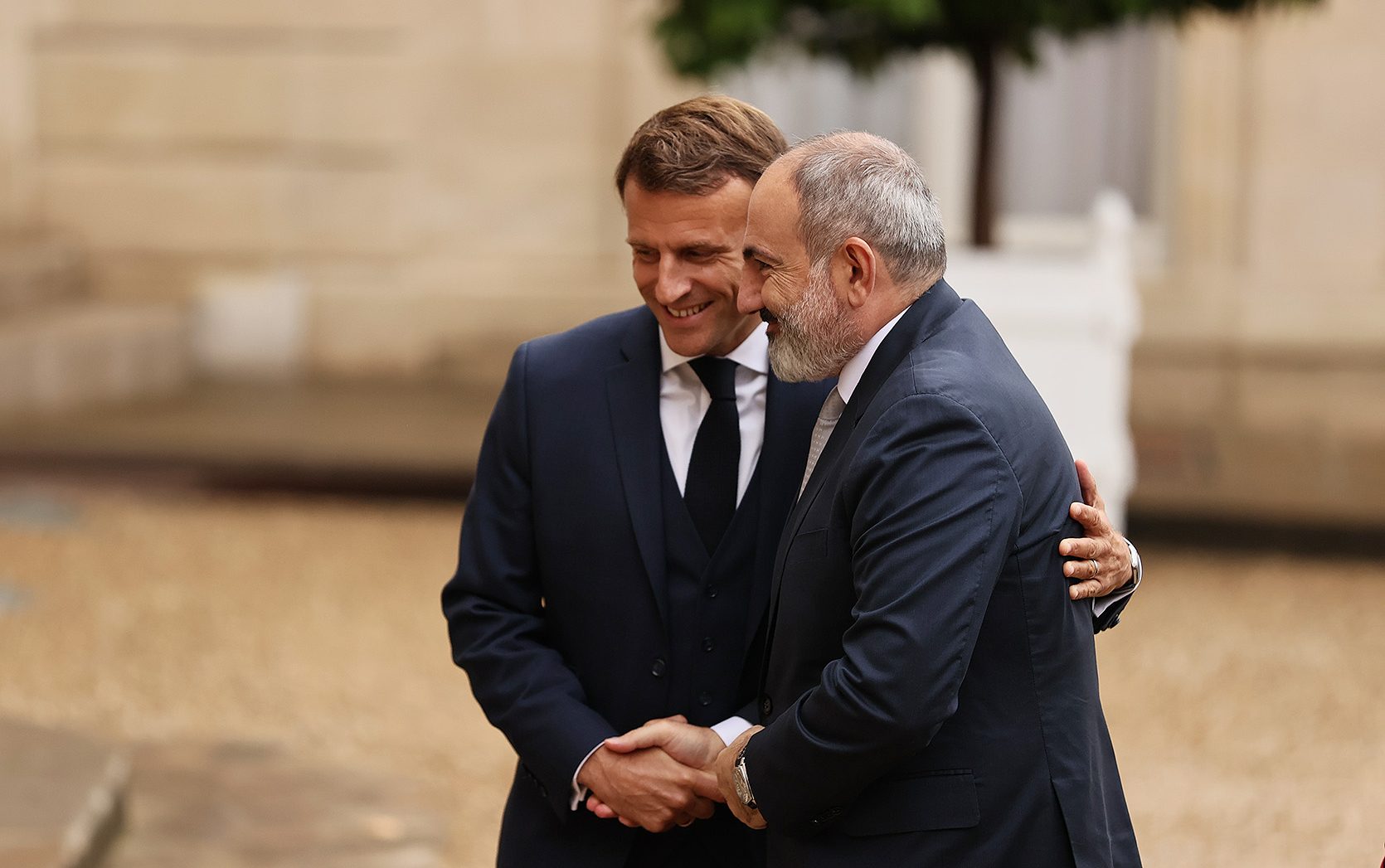 This statement is related to the protest rally of Azerbaijani civil society representatives on the Shusha-Khankendi section of the highway, which is under the temporary control of the Russian peacekeeping contingent.

Thus, the Armenian premier is trying to get some monitoring groups from the West to be deployed on the sovereign territory of Azerbaijan, for better or for worse. If to take into account that at the same meeting Pashinyan stated that the RPC failed to fulfill its obligations, then one can conclude that Armenia is going even further – more and more transparently trying to promote the idea of replacing Russian peacekeepers with conditional European ones. The sharp cooling of relations between official Yerevan and Moscow is evidenced by quite fresh news – Armenian Foreign Minister Ararat Mirzoyan has refused the trilateral (Azerbaijan-Russia-Armenia) meeting of foreign ministers in Moscow scheduled for December 23. The small but “proud” country has never taken the liberty to show such disrespect to its northern overlord.

It seems that Armenians now turned their eyes towards Paris and Washington, and even more towards the former. This bias can also be seen in the Armenian media and in the statements of opposition leaders.

In general, it is typical for Armenian self-awareness: when some of their defenders in the name of their practical goals begin to run counter to Armenian interests, instead of thinking practically themselves, they are looking for a new patron. The “disappointment” in Russia was followed by blind love for France. In their opinion, France will do everything that Russia could not or did not want to do. This truly religious faith is becoming the cornerstone of the new look of this eternal Armenian identity before our eyes.

The plans of France itself should not be disregarded. This is a topic for a separate article, and we will limit ourselves here to noting that Paris is taking solid steps to introduce a presence in the South Caucasus, intending to send a new mission to Armenia, this time a long-term one. The French are thus trying to lay the groundwork for the future establishment of a military presence in the South Caucasus. Moreover, the likely abolition of the Russian military contingent as well as the withdrawal of Russian troops from Gyumri are increasingly included in Armenian political discourse. It is not difficult to guess that the descendants of Hayk are not going to defend their own borders, which means they are again talking about inviting a foreign army to Armenia. Against this background, more and more frequent appeals to foreign intervention of any kind, both in Karabakh Azerbaijan, and Armenia, have the character of gradual pushing of European interests in the region by the latter.

Well, the game could be called bold, if it were not so reckless.

The question of a humanitarian catastrophe in the ethnically Armenian-populated part of Karabakh, contrary to all the efforts of Armenian infographics, is untenable. There is no humanitarian catastrophe at all. Food trucks and ambulances, as well as peacekeepers, freely pass through the Lachin road. Numerous videos testify to this. The passage problem as such exists only for the Azerbaijani side. Azerbaijan has issues with the RPC. We are solving them with Russia. It is Azerbaijan that has the right to ask some international agencies to conduct “fact monitoring”. But our country is self-sufficient and has no thought of engaging third parties in this issue.

Moreover, if the main promoter of Armenia’s European agenda, France, agitates with the latter’s initiative, it will not be supported by its European Union partners. The EU is not ready to sacrifice energy security for the sake of foreign policy ambitions of the most important, but only one of its members. The importance the EU attaches to energy security may be gauged by the agreement signed by the Head of the European Commission Ursula von der Leyen and President Ilham Aliyev of Azerbaijan on July 18, 2022, according to which gas supplies via the Southern Gas Corridor are to double within five years.

A nerve-racking game is going on. Each player is trying to haggle for the most favourable terms at the moment. France itself, being dependent on its European partners, will not be able to pursue its expansionist policy consistently and fully. A separate topic is also the support of Azerbaijan by brotherly Türkiye, which has the capacity to negotiate with France on the most contentious issues. Sooner or later pragmatism gets the upper hand in the game of big players. The romantics lose. Armenia’s political vector has always been based on romanticism. And such players are always the losers.

Perhaps Armenian politicians imagine some scenario in which Russia, feeling a shortage of personnel in Ukraine, will redeploy its troops from Armenia to the Ukrainian front, and then they will replace the Russian shield with a French one. The fact that the time they spend shifting from Ivan to Jean-Paul may entail the loss of the visible remains of statehood is perhaps unbeknownst to them…

The fate of Nikol Pashinyan is, perhaps, also unenviable. Hip wiggle in Shusha and the punishment that followed was not a lesson for him. The corrupt and ruthless Paris asked him to dance, and he accepted. Perhaps, however, it was an offer he could not refuse.