Paths to recovery in the Caucasus

The region’s three economies face distinct challenges as Azerbaijan follows up on its military victory, Armenia licks its wounds and Georgia copes with political turmoil. 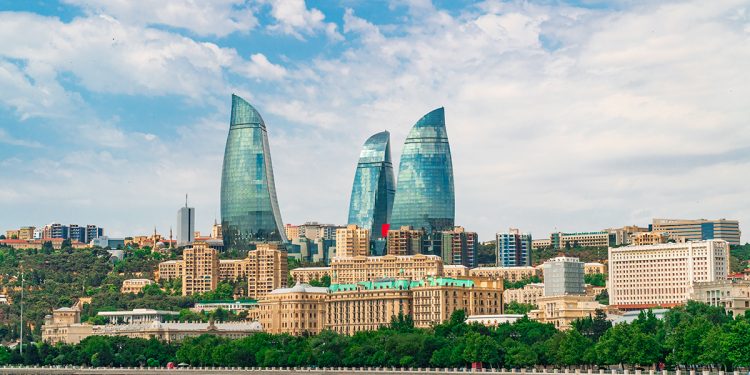 As Armenia and Azerbaijan recover in the aftermath of last November’s conflict and Georgia struggles politically after tarnished elections, the South Caucasus states faces big challenge—even as they attempt to wrestle Covid-19 under control. Having faced significant hits to GDP, investment and employment in 2020, growth will be the priority this year, along with easing conditions for individuals and businesses most impacted by the pandemic.

Armenia, the poorest and least populous of the three countries, is grappling with the consequences of losing its 44-day war with Azerbaijan. Much of the area surrounding the region of Nagorno-Karabakh that it had held since the last conflict between the two in 1994 was lost, along with the town of Shusha, just a 25-minute drive from the disputed territory’s capital of Stepankert. Many Armenians have been calling for the resignation of Prime Minister Nikol Pashinyan, who arguably provoked the conflict but was then obliged to sign humiliating peace terms.

Last month, Pashinyan, who came to power in May 2018 promising a major economic overhaul, fired the army’s chief of staff, whom he had accused of plotting a coup. Hoping to keep his ambitious reform plans alive, he also proposed early elections and a referendum on a new constitution. But tensions remain high.

Armenia’s GDP contracted by 8% last year; tourism and commodity sales, which comprise a high proportion of exports, were hit badly by the pandemic. Remittance payments from Armenians working in Russia and elsewhere are also significantly down. And all this is before factoring in the impact on the national psyche of losing a disastrous war.

“Armenia suffered worse over 2020 than we expected,” says Dimitar Bogov, regional lead economist for Eastern Europe and the Caucasus at the European Bank for Reconstruction and Development. “We had anticipated more resilience, but the contraction turned out the worst in the Caucasus.” The decline has continued into 2021, with GDP falling 7.5% in January. Bogov hopes for a pick-up of 4% this year, assuming political tensions and the pandemic crisis ease and inflationary pressures, fuelled by the rise in food prices, subside.

Armenia’s loss has, of course, been Azerbaijan’s gain; the mood in Baku since November has been positively euphoric as authoritarian President Ilham Aliyev enjoys a significant and apparently genuine upsurge in popularity.

“The mood is pretty good in Azerbaijan right now,” says Paul Gamble, senior director and head of emerging Europe at Fitch Ratings. The Azeri victory has boosted confidence levels battered by the pandemic and the drop in oil and gas prices last year, he says, as energy accounts for some 80% of export earnings. Fitch, which rates Azerbaijan BB- with a negative outlook, says growth should come in at 2.7% this year following last year’s contraction of 4.5%, including -2.6% in the non-oil economy, and that the state’s strong fiscal position is likely to be bolstered by the ongoing recovery in energy prices.

Additionally, the territory recovered from Armenian occupation includes one of the largest silver mines in the Caucasus, amongst other mineral reserves, and Baku is keen to start exploitation soon. Plans are also underway for a big investment in the recaptured region’s infrastructure to improve links to Baku–currently a 6-hour drive away–and commence resettlement of Azeri families exiled since 1994.

“The authorities want people to move back as soon as possible, so housing, roads and other infrastructure will all have to be upgraded,” says Gamble.

Completion of the Trans Adriatic Pipeline could provide another boost, says Bogov, following a symbolic first delivery on December 31.

“For the first time this brings Azeri gas directly to Italy and the EU, securing new markets for Azerbaijan at an opportune time,” he says.

Meanwhile the recently established Azerbaijan Investment Holding is overseeing governance and management of 21 state-owned enterprises, including key players in the energy and utilities sector. Under the leadership of CEO Ruslan Alikhanov, a World Bank veteran and former partner at McKinsey & Co. in Moscow, the new entity offers reassurance to investors that Baku is serious about economic reform.

Reassurance is something that Georgia, the region’s most open and diversified economy, will also need to provide as it recovers from last year’s contraction. The loss of GDP is estimated at around 6.1% thanks to a collapse in tourism, which accounts for at least 20% of the economy; arrivals were down 80% year on year. Last October’s disputed parliamentary elections and the subsequent political standoff between the governing Georgian Dream and opposition parties cast a shadow over the exchange rate as the National Bank of Georgia has had to intervene several times since then to support the lari. The controversy has also impacted Georgia’s reputation, with signs of a hit to donor financing and the confidence of international financial institutions.

Another doubtful sign is the change in government following the March resignation of Prime Minister Giorgi Gakharia in protest at the arrest of Niki Melia, head of the main opposition party United National Movement and his replacement by the more divisive Irakli Garibashvili. The change also suggests that Bidzina Ivanishvili, controversial founder of Georgian Dream and the country’s richest person, continues to exercise power behind the scenes despite his promise in January to step away from politics forever.

“Georgian Dream can continue running Parliament and the government without the opposition parties taking their seats,” says Zachary Witlin, Caucasus analyst at the Eurasia Group consultancy, “but the stand-off is tarnishing Georgia’s reputation as one of the few democracies in the post-Soviet space.” The prolonged crisis raises the risk that the reform agenda, including of the increasingly politicized judiciary, will go onto the back burner, he warns.

That’s a serious concern. Georgia was once a poster child for improved transparency, governance and anti-corruption measures, and still ranks 7 out of 190 countries in the World Bank’s 2020 Doing Business survey, but close observers say it has been drifting.

“There has been some question over whether the government has done enough to maintain its good ranking for doing business, a sense that Georgian Dream has been drifting with reforms,” says Kit Yeung, associate director at Fitch. In February, the agency affirmed the country’s sovereign at BB, saying this was supported by perceptions that its business environment was better than many of its BB peers, but with a negative outlook.

There have been encouraging signs for investors out of Tbilisi, however, including moves towards privatization. This is likely to be a “politically charged process, but one which could lead to a more competitive business environment,” says one close observer, who projects 4.3% GDP growth this year and 5.8% the next, held back only by the expected slow recovery in tourism. Fitch expects revenues in 2021 to be only 30% of what they were in 2019, rising to 80% next year.

Recovery in this sector is critical as many jobs are dependent on it: in Tbilisi; in rural areas like Kakheti, home to Georgia’s burgeoning wine industry; and on the coast around Batumi. It is also necessary for bringing Georgia’s deteriorating current account deficit under control; over 2020, the deficit rose to 12% of GDP against 5.5% in 2019 and is only expected to fall back to 7.5% in 2022 as tourism revenues recover.

“There is lots of potential to improve infrastructure in tourism, but also in the energy and transportation sectors,” says Yeung.

The trick will be for Georgia to focus on attracting foreign investment into these sectors. This will depend in part on securing a free trade agreement with the US to add to the ones it already has with Turkey and China and the association agreement it signed with the EU seven years ago. “Georgia has always done a good job of ensuring external support, but a further deterioration in the political dynamic could upset this,” Yeung warns.

Indeed, what is true for Georgia is so for its two neighbors as well. All three can expect growth to resume, but they will still face many challenges, with geopolitical concerns and the pandemic topping the list. While there will be opportunities as normality returns, investors will be watching closely to see whether the three governments make sustainable progress at reform.