Patrick Walsh: “Armenia cannot afford a revanche either financially or in terms of the well-being of its people.”

Armenia, the historian believes, will survive despite the efforts of its former leaders to bury it by dragging the country into expansionist schemes. 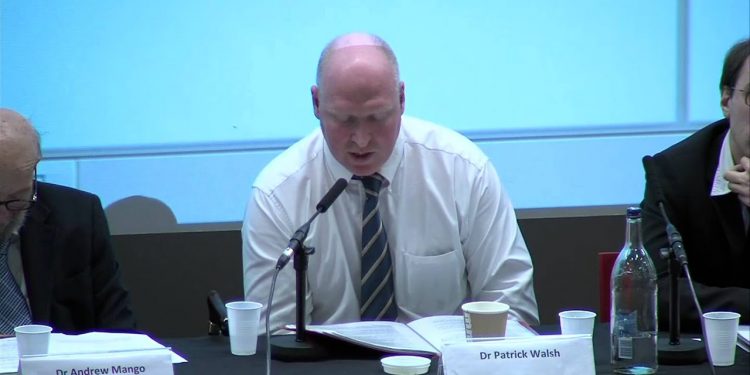 “I doubt that the 44-day war in Karabakh was marked by the final resolution of the conflict, since the revanchist nature of the Armenian nationalism has not yet run its course. They just still have not been able to recover from the deep shock of the crushing defeat,” Irish historian and political analyst Patrick Walsh says.

He points out that Azerbaijan does not need this conflict, since Baku is committed to a peaceful settlement, wishing to avoid its recurrence for future generations.

“Had Armenia withdrawn from the occupied territories of Azerbaijan sooner, it could now be among the prosperous countries. The optimistic scenario for Armenia is that it can only come to terms with the current realities, but this will be a rather long and painful process. There is no alternative to peace, except perhaps another war.”

According to Walsh, he anticipated Azerbaijan’s victory from the very beginning of the war and commented on it on his website drpatwalsh.com, but he was not sure about the scale of this victory.

“What surprised me the most about the actions of the Azerbaijani army was their swiftness and low casualty rate for the attacking side, taking into account the very difficult, uneven terrain and the strong fortifications. I believe the war was stopped at the most opportune moment. Of course, with the maximum strategic impact, Azerbaijan could have won a monumental victory, but there would have been enormous casualties.

“The most important factor that determined Azerbaijan’s victory was the thorough plan for the upcoming military campaign. It consisted in the correct purchases of modern equipment, training the Azerbaijani officers in prestigious military academies, conducting joint exercises with Turkey, which subsequently had a beneficial effect on the efficiency of the Armed Forces of Azerbaijan. This strategy was made possible due to the building of an independent, strong state, and great credit for it goes to Heydar Aliyev and the current President of Azerbaijan and Supreme Commander-in-Chief Ilham Aliyev,” Mr. Walsh stresses.

Armenia, the historian believes, will survive despite the efforts of its former leaders to bury it by dragging the country into expansionist schemes.

“Armenia cannot afford a revanche either financially or in terms of the well-being of its people. I sincerely hope that the brightest Armenian minds and the Armenian people will someday find it in them to eliminate the destructive chauvinistic urges, and Armenians and Azerbaijanis will be able to coexist peacefully together. With the end of the Karabakh conflict, the time has come to make the region thriving and not let this land become the subject of another war between the two countries,” Patrick Walsh sums up.