Peace takes two: Armenian-Azerbaijani peace requires both sides to acknowledge misdeeds of past

The long-running conflict between Azerbaijan and Armenia over the Karabakh region – a bloody 30-year occupation that has seen 30,000 Azerbaijanis killed and hundreds of thousands more expelled from their lands – is showing positive signs of approaching a lasting peace. 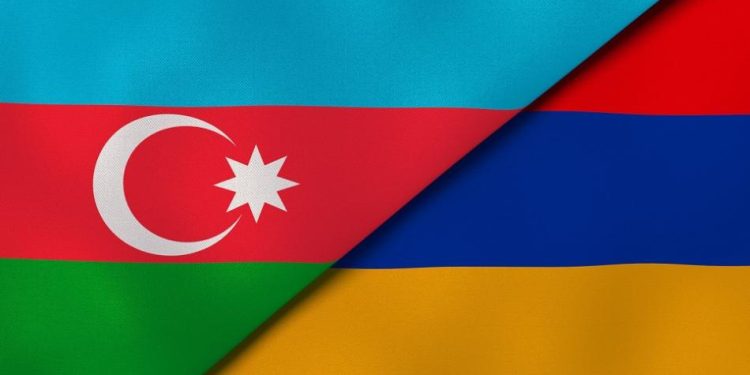 The calm follows an unprecedented storm of military aggression, when Armenian forces rained down fire on Azerbaijani soldiers for 44 days as they liberated hundreds of settlements from illegal occupation in September 2020. That wave of the conflict ended in November 2020 with the signing of a statement by Armenia, Azerbaijan and Russia. Now, amid news that the European Union dispatched a “monitoring” mission to the Armenian-Azerbaijani border, and as a new round of peace talks is held in Russia, analysts are hopeful that the decades-old conflict could finally be reaching an end.

The final stages of such negotiations are always the most fraught. Months of diplomatic discussions to revive the 2015 Iran nuclear deal showed how last-minute tensions can undo months of careful statecraft, with Russia’s eleventh-hour demands for trade guarantees over the invasion of Ukraine leaving talks in tatters – and Tehran “within sprinting distance” of developing nuclear weapons. More recently, Russia’s withdrawal from the UN’s Black Sea Grain Initiative, designed to increase global food supplies during the ongoing invasion of Ukraine, reverberated across global commodities markets in a day of despair for world food poverty. After all, air bubbles on the surface only emerge when the water is fully boiled.

Yet with closed-door talks between Armenia and Azerbaijan going ahead in Russia – overseen by Vladimir Putin himself, efforts by US along with multilateralist interventions by institutions like the European Union showing promise, it is a slew of media revelations, rather than diplomatic demands, that have raised the temperatures on both sides.

Videos posted on social media accompanied by hashtags like #StopArmenianTerror and #StopArmenianLies claim to show the desecration of Muslim cemeteries by Armenian soldiers. Each week brings new images of long-buried mass graves of Azerbaijani victims killed in the original Karabakh war of the 1990s. Meanwhile, Azerbaijani forces have been accused of inflicting damage on Armenian churches, with footage posted on social media networks purporting to show the country’s soldiers committing these acts of vandalism and other alleged crimes.

Much that is wrong happens in the heat of war. Young, armed, frightened men are equally capable of heroism and outrage. It is how each side deals with these incidents that matters. No-one expects either side to issue a blanket confession of culpability, and the precept of ‘innocent until proven guilty’ must be upheld. But each side has a duty to investigate the stories and allegations. In the words of Toivo Klaar, the EU’s envoy to the South Caucasus, the conflict has left “deep wounds” on both sides. Wounds that can only be healed by accountability.

Azerbaijan has taken this first step, with the country’s Attorney General announcing an immediate and thorough investigation in response to the videos of apparent wrongdoing by its own forces – a move that has been welcomed by the British Government among other major international partners.

Yet so far, Armenia has not reciprocated. There has been no investigation about alleged desecration of Muslim cemeteries by its soldiers; no investigation of a mass grave of Azerbaijani servicemen tortured and executed during the first Karabakh war discovered in October in the village of Edilli; no investigation about the widely reported 2020 lethal attacks on civilian targets deep into Azerbaijani territory; and still no comprehensive handover of accurate maps of land mines planted in their millions by Armenians on Azerbaijani soil, despite international calls to reveal the locations in a bid to reduce risk to innocent civilians.

The first step to acknowledging a misdeed in times of war is to investigate, to provide all available information about it to the international community, and to take action preventing a similar incident from occurring again. To achieve long-lasting peace that will sustain well beyond the negotiating table, both sides must acknowledge the misdeeds of the past. By investigating recent allegations posted on social media, Azerbaijan has taken the first step.  Now the question remains – will Armenia do the same?

Sultan Hajiyev is Deputy Head of the Secretariat, Coordination Unit for Reconstruction and Rehabilitation of the liberated territories of the Azerbaijan Republic. He was previously UNDP country director for Libya and UNDP deputy resident representative in Iraq.