We believe that warmongering political parties no longer have a place in Armenia, because the harmful era when the Karabakh issue was misused as a means for regime change has ended. 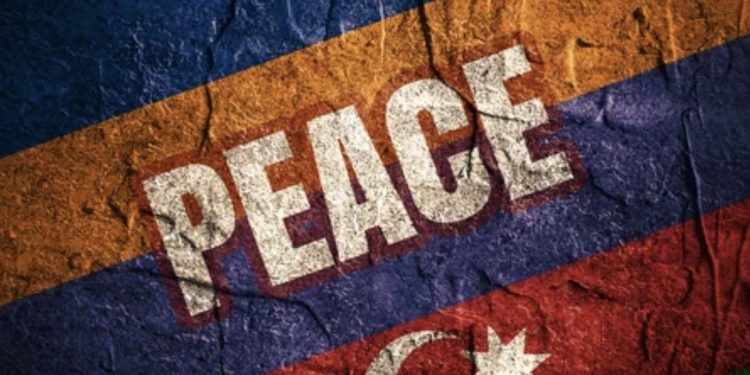 May 9 is celebrated as the Victory and Peace Day in the Republic of Armenia’s calendar of holidays.

We, the undersigned citizens of Armenia, mark this occasion with a clear demand for peace, because peace is victory, and any “victory” that does not bring peace is actually a defeat.

We counter any claims for territory with claims for peace, and insist that there is no alternative to peace – not as an obligation following defeat but as the freely-expressed will of the people of Armenia to leave under peaceful skies, as ratified by the 2021 snap elections.

We note with regret that, after gaining power, the leaders of the non-violent, bloodless, democratic revolution in 2018 joined the pathetic ranks of the “traditional” warmongering political parties, falling to the trap set by the past. At the same time, we cannot neglect the ruling authorities’ efforts to lead Armenia out of the dead end of isolation and cross-border hostility as well as to emerge from a blockade and establish relations with neighboring states at a time when the country’s sovereignty is vulnerable and it faces very serious security challenges as part of the extremely complex current geopolitical situation.

We believe that warmongering political parties no longer have a place in Armenia, because the harmful era when the Karabakh issue was misused as a means for regime change has ended. Therefore, there is nothing left for them to do but to seek to stoke a civil war as a final attempt to grab power from the people. It is absolutely clear that none of the self-declared “saviors of the nation” are ready to wage war against Azerbaijan, much less Turkey. Therefore, the only target that this new “Armenian vengeance” can seek is “the Turk within” meaning citizens of the Republic of Armenia just like us, people who have chosen not to die for the country, but to live for it, those that elect to live on the path of freedom, dignity, and happiness. We are breaking the silence of thousands of citizens that think like us and reject labels like “Turk” and “traitor to the nation” by demanding that the legitimate rulers of the Republic of Armenia stay true to their promise and resolve the Karabakh conflict through a peace treaty.

Sharing the pain and sorrow our people have felt at the tragedy of war, the legitimate concerns of our civil society partners, and upholding our part of responsibility for the protection of the rights of the Armenians of Artsakh, we demand peace, with no “but”-s.

And we will celebrate the victory of peace!