A Polish aircraft carrying humanitarian aid has been dispatched to Armenia to help those people caught up in the fighting in Nagorno-Karabakh. 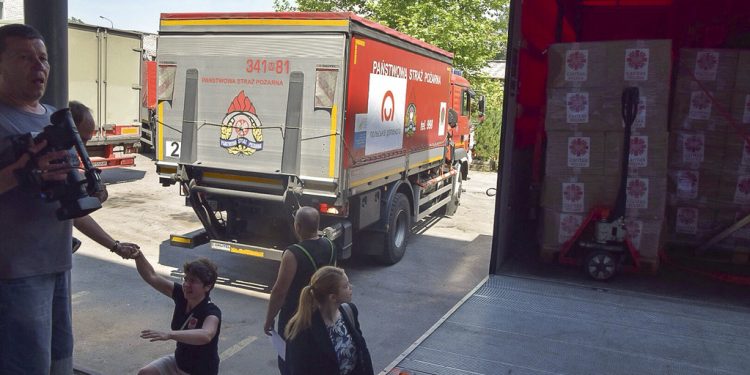 Fighting flared up in Nagorno-Karabakh, which is part of Azerbaijan but controlled by Armenian-backed separatists, last year. Reportedly, thousands were killed and many more displaced.

Deputy Foreign Minister Pawel Jablonski said the aid was intended for people who had suffered as a result of the conflict in the region. The transport was organised by the Prime Minister’s Office, the Ministry of Foreign Affairs, the Ministry of Defence and the Government Strategic Reserves Agency.

“Today, Poland is once again fulfilling its duty towards people affected by a humanitarian crisis – we’re sharing what we can with a country in a difficult situation related to the conflict in Nagorno-Karabakh,” Jablonski was quoted as saying in a ministry press release.

“Responding to a humanitarian appeal by the government of Armenia, we are sending the civilian population affected most by the armed conflict, urgent aid: bedding, blankets, towels, electronic thermometers, disinfectants and also (blood) pressure gauges.”