We know that Armenia tried to draw Russia into the war in Karabakh; however, it did not happen, because we fought on our lands. 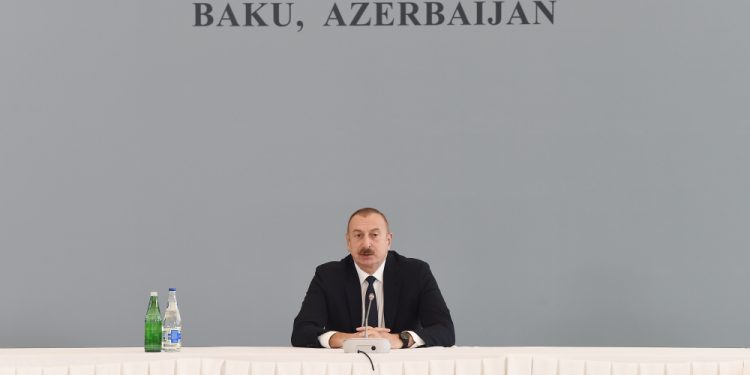 The remarks came from President Ilham Aliyev on Friday at a meeting with participants of the international conference “South Caucasus: development and cooperation, according to Oxu.az.

President Aliyev noted that during the 44-day Patriotic War, weapons have been regularly supplied from Russia to Armenia on board the cargo planes.

According to him, Armenia has repeatedly tried to manipulate the obligations of the Collective Security Treaty Organization military alliance, of which it is a member state.

“We tracked this route – it led from Rostov and Mozdok. We asked our Georgian friends to close the airspace, which they did. At the same time, we asked them to prevent the transportation of weapons from Russia to Armenia through the territory of Georgia. They also closed land borders,” President Aliyev said.

“We have sent a letter to the Caspian littoral states to ban Russian cargo planes with weapons bound for Armenia from flying over their territories. On this occasion, we turned to Kazakhstan, Turkmenistan and Iran. But, unfortunately, these territories were used to transport weapons to Armenia.”