President of the 76th session of the General Assembly of the United Nations Abdulla Shahid will be on an official visit to Azerbaijan from June 12 to 13, 2022 on the invitation of the Foreign Minister of Azerbaijan. 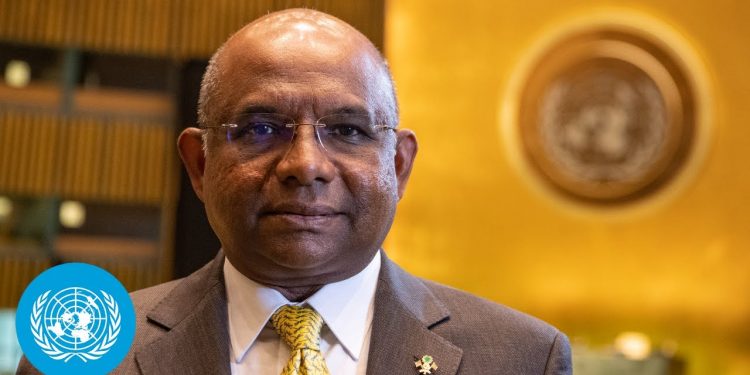 The President of the General Assembly is also scheduled to meet with Sahiba Gafarova, Chair of the Milli Majlis.

On the same day, Abdulla Shahid will hold a meeting with students and professors at ADA University.

In the course of his visit to Azerbaijan, the President of the UNGA will also meet with members of the UN Country Team led by Resident Coordinator Vladanka Andreeva.

Abdulla Shahid will be accompanied by four members of the Office of the President of the UN General Assembly.