The pro-Kremlin analyst also pointed out that the talks between Armenian Prime Minister Nikol Pashinyan and Russian President Vladimir Putin are "just for show". 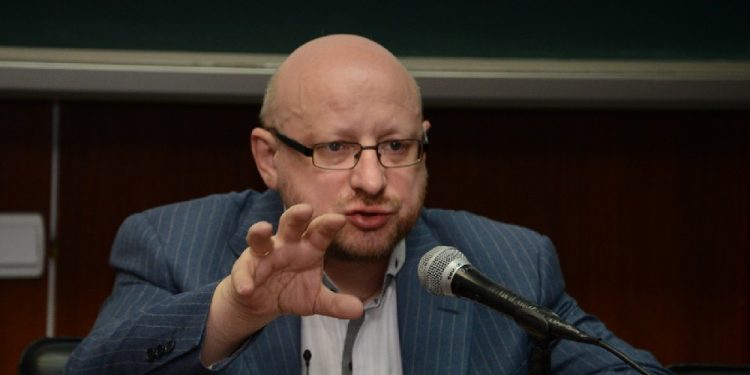 Modest Kolerov, Editor-in-Chief of the famously pro-Armenian Regnum news agency, voiced in an interview his disappointment with the developments in the region, saying he could no longer understand the Armenians intellectually, and predicted the departure of the Russian peacekeepers from Karabakh because of the deterioration of relations between Yerevan and Moscow.

“I tried to see the light at the end of the tunnel. For 19 years I have been dealing with Armenian issues, and for the first time I must admit to myself: I have no idea how to get out of this situation. This is like banging your head against the wall. The Armenians already have no place to feed their chickens, but they keep talking about the Russians,” the journalist said.

According to him, the mandate of Russian peacekeepers in Karabakh will not be renewed after the expiration of their current term because of Yerevan’s change of policy, as the latter wants to solve the existing problems through Western mediation.

“Azerbaijan does not need peacekeepers there, and Armenia is not fighting for them. Russia has withdrawn from the Minsk negotiation format and has repeatedly said so. What is Yerevan doing? ‘Kissing’ the other Minsk Group co-chairs, as if this is the way it is supposed to be. If one of the Minsk Group members is out, the other two are already illegitimate. Why are you fooling around with them then? What is Armenia trying to demonstrate by doing this? That it could not care less about Russia, that Russia might as well be dead to it! And they want the peacekeepers to stay after that?” Kolerov wonders.

The pro-Kremlin analyst also pointed out that the talks between Armenian Prime Minister Nikol Pashinyan and Russian President Vladimir Putin are “just for show”.

“Pashinyan spends his days and nights in Brussels and then he talks about the ‘Minsk Group’. Is that his way of showing how badly he wants the peacekeepers? Or did the legendary ‘Minsk Group’ promise to send him new peacekeepers? No. There is no one there but the Russians,” Modest Kolerov said.

According to the journalist, the Armenians will soon leave all settlements in Karabakh except Khankendi.

“Little by little, all the lands in Karabakh will come under Azerbaijan’s control, and there will be no Armenians left there except in Khankendi. That is the only place in this territory where Armenians will live,” he said.