Russian President and Armenian Prime Minister noted that thanks to the efforts of the Russian peacekeepers the situation in the region remains stable and calm. 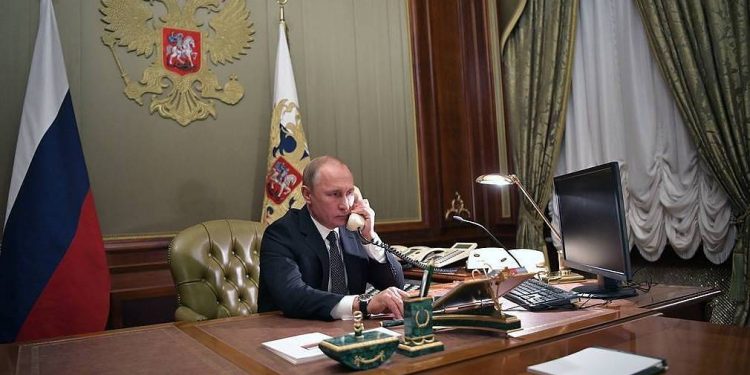 Russian President Vladimir Putin and Armenian Prime Minister Nikol Pashinyan have discussed the situation around Nagorno-Karabakh in a telephone conversation, the Kremlin’s press service said in a statement on Saturday.

“The parties continued their discussion on Nagorno-Karabakh. They noted with satisfaction that thanks to the efforts of the Russian peacekeepers the situation in the region remains stable and calm,” the statement said.

The sides also shared opinions “on current issues of bilateral cooperation, including in energy.”

Moreover, Nikol Pashinyan informed the President of Russia on the developments in the domestic political situation in Armenia in connection with snap parliamentary elections scheduled for June, the press service said. The telephone conversation was held at the initiative of the Armenian side.

Renewed clashes between Azerbaijan and Armenia erupted on September 27, 2020, with intense battles raging in the disputed region of Nagorno-Karabakh. Baku and Yerevan have disputed sovereignty over Nagorno-Karabakh since February 1988, when the region declared its secession from the Azerbaijani Soviet Socialist Republic.