Putin says he does not plan to ‘restore empire’

Russian President Vladimir Putin said Tuesday that he does not plan to restore Russia's empire, a day after he ordered Russian troops to be sent to eastern Ukraine and questioned Ukraine's sovereignty. 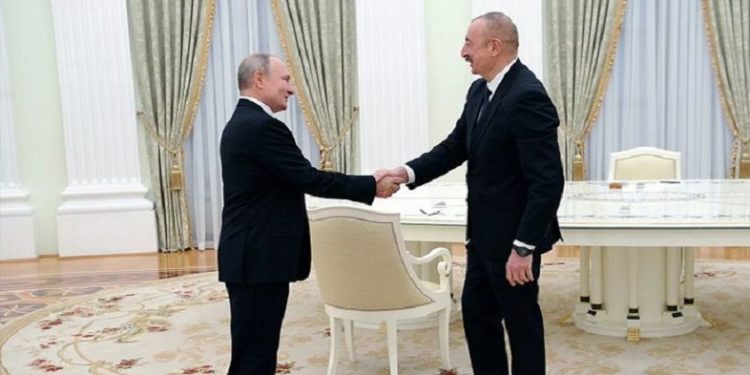 “We predicted speculation that Russia plans to restore (its) empire within imperial borders,” Putin said at a meeting with Azerbaijan’s President Ilham Aliyev in the Kremlin, adding: “This absolutely does not correspond with reality.”

On Monday, Putin recognized the independence of eastern Ukraine’s Donetsk and Lugansk separatist republics — despite warnings from the West not to.

He announced the decision after an hour-long speech heavy with historical references, in which he alleged Ukraine was “entirely created by Russia” and questioned its right to exist.

The Russian leader said Tuesday that Moscow “recognized the new geopolitical realities” after the fall of the Soviet Union and works with “all independent countries in the post-Soviet space.”

But he said Ukraine was an exception, saying “it is being used by third countries to create threats towards Russia.”

“Unfortunately after the coup d’etat in Ukraine, we do not see such a level and quality of interaction with Ukraine. It disappeared,” Putin said, referring to Ukraine’s 2014 pro-Western revolution.

In 2008, Russia also supported two Georgian separatist regions and has backed a breakaway region of Moldova, Transnistria, since the 1990s.

Putin’s recognition of eastern Ukraine’s Donetsk and Lugansk rebel republics opens the door for a Russian military presence in the region.