A number of rallies on the 30th anniversary of the Khojaly Genocide was held in The Hague, the Netherlands. 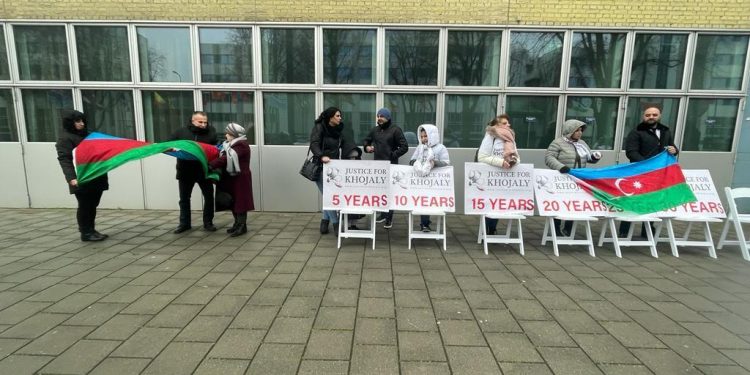 Rallies were held in in front of the Armenian Embassy in The Hague and Dutch Parliament with the support of the State Committee on Work with Diaspora and with the organizational support of the European Azerbaijani Women’s Union “Motherland” and Benelux Azerbaijanis Congress.  Members of Azerbaijan-Netherlands “Land of Fire” Society also attended the rallies.

Posters with slogans “Justice for Khojaly” on 30 white chairs were demonstrated at the rally that lasted more than three hours.  In the Netherlands, white color symbolizes “tragedy and protest”. That’s why rally attendees tried to draw attention to the Khojaly Genocide in this way. 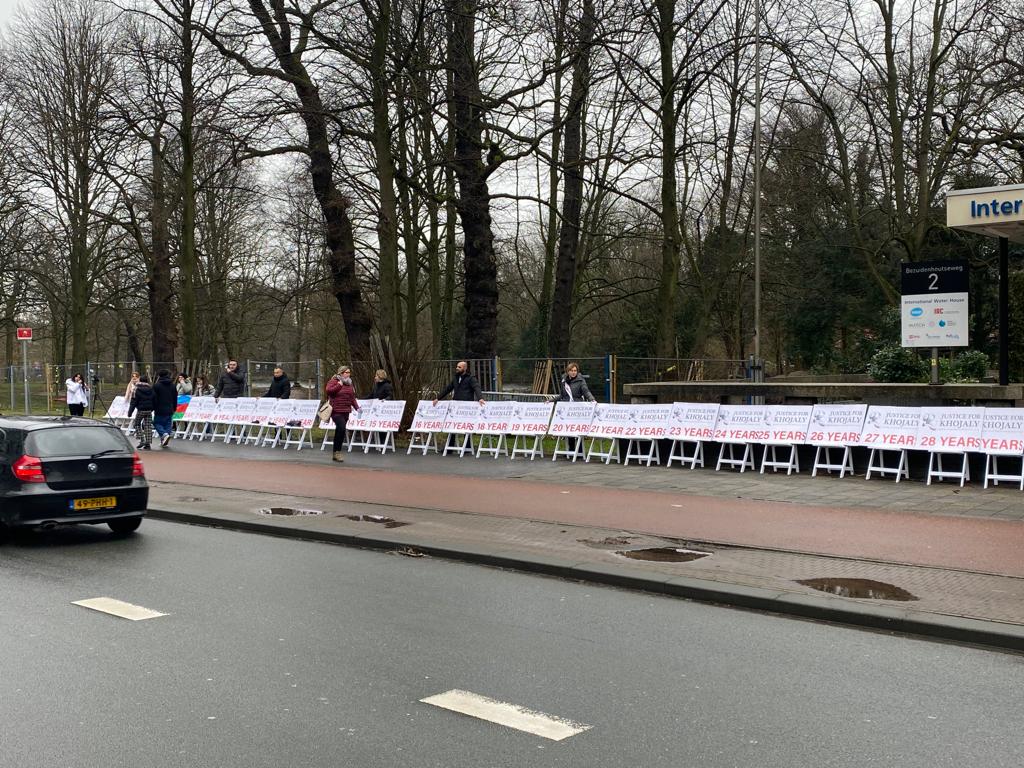 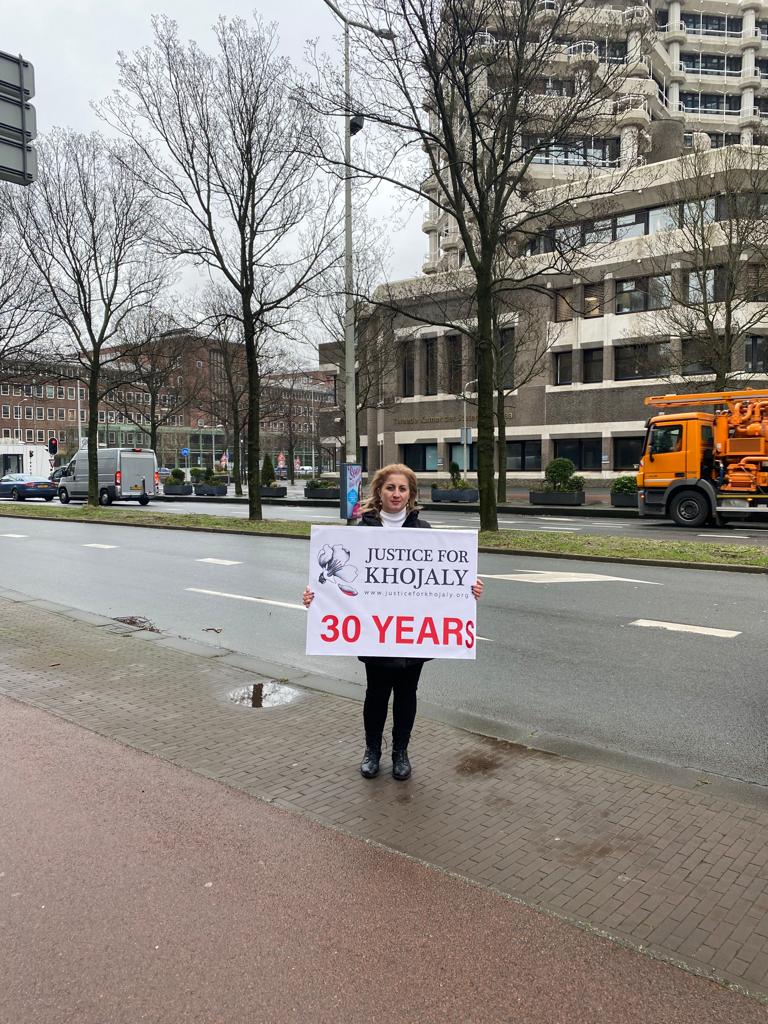 The rally in front of the Armenian Embassy drew attention to the fact that the Khojaly Genocide is the crime against humanity.

The Azerbaijani community has once again signed a petition in regard to the recognition of the Khojaly Genocide and addressed it to the Dutch parliament and relevant government agencies.

Rally was held within the framework of “Justice for Khojaly!” international awareness campaign initiated by Leyla Aliyeva, vice-president of the Heydar Aliyev Foundation since 2008.