Qarabağ FK, above it all, the spirit of the sport

Qarabağ, ‘Karabakh’ as written in the English language, is the Azerbaijani mountainous region of western Azerbaijan. The city of Ağdam is located in the valley of rivers Kur and Araz, at the Karabakh plateau close to the mountains of Lesser Caucasus, at the altitude of 410-1365 meters above sea level. 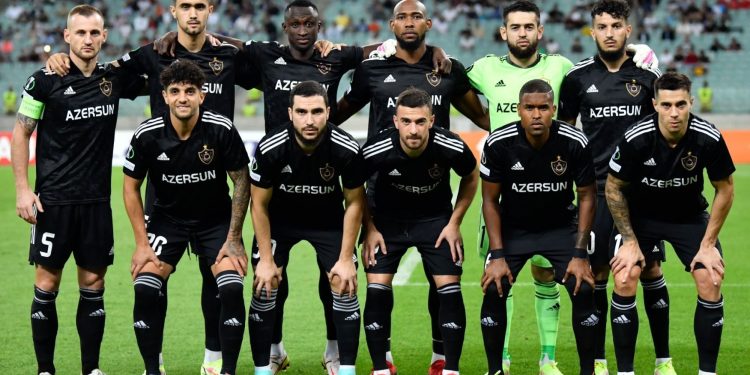 On July 23, 1993, Armenia invaded most of the Ağdam district, aggressively seizing 882 sq. km. of Ağdam’s total 1,094 sq. km. territory, including one city and 80 surrounding villages, resulting in some 128,000 inhabitants of the district becoming Internally Displace People (IDP).

The Qarabağ Futbol Klubu, commonly known as Qarabağ, is an Azerbaijani professional football club, now based in Baku that competes in the Azerbaijan Premier League, the top flight of Azerbaijani football scene. The club originates from Ağdam, a town in the Karabakh region, but has not played in its hometown since 1993 due to the First Nagorno-Karabakh War.

The club is now based in Azerbaijan’s capital city of Baku. Qarabağ FK plays its matches at the Azersun Arena and Tofiq Bahramov Stadium in Baku, which also serves as the venue for Azerbaijan national team matches.

In 2017 I published the story: ‘Azerbaijani Refugee Soccer Team Qarabağ FK Makes History’. During the interview, what captured my attention and heart the most was the spirit of the team its coach so well depicted during our interview.

In gratitude for my published story I was gifted a Qarabağ FK uniform set which I cherish.

The home town of Qarabağ FK, arguably Azerbaijan’s greatest football club of present day and some would argue of all-time, is Ağdam, a town that was occupied by the Armenian armed forces since 1993 – until 2020.

The population of Ağdam, once a bustling regional province, renowned for its bread museum, fled the city that could be seen until 2020 and coined its painful names: “ghost town” or “Hiroshima of the Caucasus,” due to its complete destruction and total ethnic cleansing following the Armenian occupation.

Before the Nagorno-Karabakh War in the early 1990s, Qarabağ FK regularly played inside in Ağdam’s packed Imaret Stadium, working to establish themselves in the European football scene. Sadly, it wasn’t to be. In 1993, the Imaret Stadium was bombed and destroyed by the occupying Armenian forces.

Qarabağ FK is the only football team among UEFA (Union of European Football Associations) 32 qualified teams that cannot play its home matches in its own stadium because their city is out of bounds, and thus, since 1993, the team has played its home games in Baku, the capital of the Republic of Azerbaijan.

There are fairy tales galore in the world of football. However, this particular football enclave, in south-western Azerbaijan, was to experience only horror and urban decimation.

Qarabağ FK club is a poignant reminder of how war torments and ravages civilization but ceases to kill the spirit.

Succeeding in the football game is a meagre consolation for the loss of life, identity and home, but can be seen as an outlet for rebuilding.

The Horsemen, as Qarabağ FK is known, have the unique distinction of being the only non-Baku club to win the league.

The Spirit of Pride

With its unique spirit, over the years Qarabağ FK managed to rise above the financial crisis it had faced to become a dominant force in Azerbaijan’s football top tier as well as a regular fixture in the Europa League, and now Champions League. In the milieu of knowing that their true home field in Ağdam lies in decay, reduced to rubble and ruin, the team continue with their effort to build a champions’ football scene.

When Qarabağ FK play their home matches in Baku, they are carrying with them the spirit of the refugees who are scattered throughout Azerbaijan as a result of the conflict. Given the minor status of the Azerbaijan Premier League, the Champions League, and European football in general, gives the club and the cause a greater focus. They are clearly determined to make the most of the opportunity.

Until recent years every week Qarabağ FK sent an old city bus from Baku to the refugee settlements close to the ceasefire with Armenia line of contact to bring refugee supporters to their games.

At the time when my article was published, in 2017, the city of Ağdam was under Armenia’s illegal occupation. Mr. Nasimi Aghayev, then the Consul General of Azerbaijan in Los Angeles stated: “I am sure the day is not far away when the Qarabağ FK will again play their home games in Azerbaijan’s historic Karabakh region.” Mr. Aghayev was right. The time is nearing for Qarabağ FK team to play, even if it is a liberation celebration friendly match in the city from where they were expelled, against their will, three decades ago.

During My Quick Visit to the Liberated Territory

In June 2022, my host, Nazami Ganjavi International Center that put together the Global Baku Forum which I attended, organized for me a day trip to the city of Shusha that was liberated from Armenia’s illegal three decades of occupation in the 2020 Karabakh 2nd War. I witnessed the Armenian destruction in the territory first hand.

In that war the city of Ağdam was liberated as well.

During the ride to Shusha, I witnessed heavy equipment being used to rebuild the liberated territory’s infrastructure. Restoration first and foremost means great emphasis on connectivity, and the construction of roads and airports. Part of the extensive rebuilding project is Ağdam. The government of Azerbaijan targets to complete the creation of the city’s basic infrastructure by the end of 2022.

A new road is being built to Ağdam that is progressing rapidly. The 14.5-kilometer section of the 44.5-kilometer-long Barda- Ağdam highway will pass through the city of Barda and several settlements in these regions, including the cities of Barda and Ağdam.

From having a road leading to the city a City Hotel Agdam to be constructed in Ağdam city. The City Hotel Ağdam foundations was laid and the President of the Republic of Azerbaijan Ilham Aliyev and First Lady Mehriban Aliyeva attended the cornerstone ceremony. The five-story 130-room hotel building will include conference, and banquet halls, fitness and spa centers, a restaurant, and an outdoor terrace.

All that means that Qarabağ FK team can now look forward to one day, soon, play again in their hometown, Ağdam.

During the 2006 second Lebanon War, Nurit Greenger, referenced then as the “Accidental Reporter” felt compelled to become an activist. Being an ‘out-of-the-box thinker, Nurit is a passionately committed advocate for Jews, Israel, the United States, and the Free World in general. From Southern California, Nurit serves as a “one-woman Hasbarah army” for Israel who believes that if you stand for nothing, you will fall for anything.